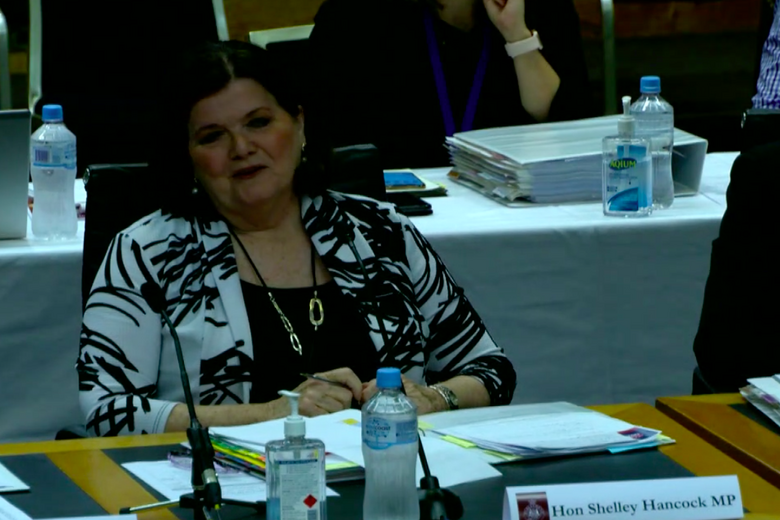 The Office of Local Government has been accused of allowing a council to attack “brave whistleblowers” who blew the whistle on questionable behaviour by Council.

Local Government Minister Shelley Hancock and Deputy Secretary of Local Government, Tim Hurst, were questioned during a NSW budget estimates hearing about whether they were aware that Georges River Council had referred a matter to the ICAC.

Mr Hurst said he was bound by ICAC secrecy provisions but said “I understand that the council has written to us about ICAC’s correspondence to them that there is an investigation underway by ICAC”.

The Committee heard that Georges River had referred to ICAC the leaking of information about a “systemic failure” to make developers pay public levies by a one of the former constituent of the now merged Council.

“What’s under investigation is not the systemic undercharging of developers and the cheating of residents of millions of dollars, but the brave whistleblowers who have come out and blown the whistle on it,” Mr Shoebridge said.

Ms Hancock said she didn’t become involved in day-to-day council matters and in any case the matter was before ICAC and the veracity of the reports had not been tested.

“I don’t think there’s anything further I can add,” she said. “The matters are before ICAC”.

In a statement to Government News Georges River Council confirmed that the leaking of confidential information had been referred to ICAC by General Manager Gail Connolly.

Council had also unanimously resolved to refer the developer contributions issue to ICAC, including “the alleged missing $4 million” and noted the work of council officers in identifying deficiencies in contribution schemes administered by the former Hurstville and Kogarah Councils.

No plan to ban property developers

Meanwhile, Mr Hurst also confirmed to the committee that code of conduct allegations against Strathfield mayor and property developer Antoine Doueihi will be heard by the NSW Civil and Administrative Tribunal on June 7.

“The department prepared a departmental report into certain allegations about the mayor of Strathfield, that report has been provided to the NCAT and is presently before the Tribunal,” Mr Hurst said.

The committee heard that despite Mr Hurst saying he was “satisfied that councillor Doueihi has engaged in misconduct”, Cr Doueihi had not been removed.

“Why, in terms of your powers under the Act …. Why didn’t you suspend him?” Labor MP Mark Buttigieg asked Mr Hurst.

Ms Hancock said she had tightened disclosure requirements for councilors  but re-stated her previous position that she didn’t want to go down the path of banning property developers from running for council.

“At this stage the government has decided not to take that course of action,” she said. “If you start to ban a certain class of people from running for election then where do you end.”

5 thoughts on “OLG accused of allowing ‘persecution’ of whistleblowers”