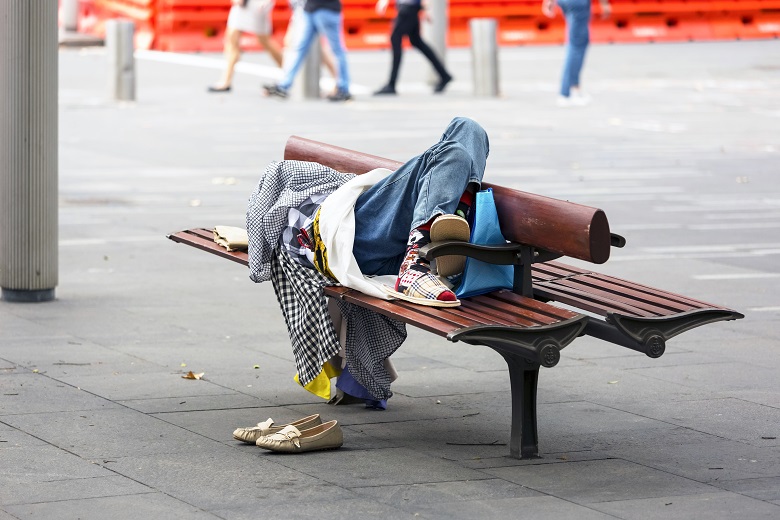 The shift of public housing to the community sector is having a detrimental affect on people with mental health issues, a researcher says.

The NSW government is using mobile devices and geolocation technology to create an index of rough sleepers which it says will help target vulnerable people and prioritise specialist services.

During a trial last week, conducted in partnership with Microsoft and the Act to End Street Sleeping collaboration, volunteers surveyed rough sleepers around Sydney and recorded the information on an app.

By using technology to collect a range of social and demographic data on rough sleepers, we can improve the way we respond to homelessness – Gladys Berejiklian

The City of Sydney conducts a street count twice a year, where the number of rough sleepers are counted. However this initiative aims to delve deeper and gain some insight into the causes of homeless, the government says.

“By using technology to collect a range of social and demographic data on rough sleepers, we can improve the way we respond to homelessness,” Premier Gladys Berejiklian said in a statement.

Gareth Ward, Minister for Families, Communities and Disability Services, says the initiative demonstrates the value of collaborating with non-government partners.

“This new database allows us to better understand the needs of individuals and gives us greater tools for collaboration across the service system,” he told Government News.

“We’re committed to driving down the number of people sleeping rough by helping them into safe and stable housing, and the data collected last week will inform our investment and response to homelessness in Sydney’s CBD.”

The government hopes to expand the index to cover wider areas of the state.

Digby Hughes, Senior Policy and Research Officer for Homelessness NSW, says it will take more than a registry to end homelessness in NSW.

“We are not convinced that we need to go around and do a registry week. We actually know there are solutions to people who are rough sleeping and the solution is a housing-first approach,” he told Government News.

Homelessness NSW has 50,000 applicants on its housing wait list, with 4,500 of them on the priority wait list, he says

“So we have a major blockage of people being able to get the housing that they need, so that’s where were think the government should be looking towards if they want to end homelessness and end rough sleeping,” Mr Hughes said.

He said a recent study showed a lot of people became homeless because of government policies. “Seven out ten rough sleepers have come out of NSW government,” he told Government News.

We actually know there are solutions to people who are rough sleeping and the solution is a housing-first approach.

The study, published in the Medical Journal of Australia last year, found that 28 per cent of recently homeless people had been released from prison, 21 per cent came from a psychiatric hospital and 21 per cent were homeless as a result of losing public housing tenancy.

“We regularly get calls from social workers in jails or the hospital system telling us that a client or prisoner is about to leave and they have nowhere to send them because there’s nothing available,” Mr Hughes said.

“In the end, the services don’t want to keep being the ambulance at the bottom of a cliff, they want to be stopping people coming off the cliff.”

Mr Hughes says Homelessness NSW has already conducted surveys into homelessness and he doubts the government survey will come up with anything new.

A government spokesman told Government News the state is taking action to increase social housing via its $22 billion Communities Plus building program and a $1.1 billion investment to deliver social and affordable housing as part of the Social and Affordable Housing Fund.