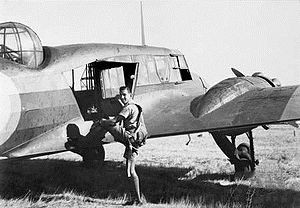 The Department of Defence has announced it will move basic training for RAAF pilots from Tamworth in northern NSW to Sale in Gippsland, Victoria.

The move comes as a result of US company Lockheed Martin winning a 25-year contract for the Australian Defence Force Pilot Training System. The contract, which expires in 2019, is currently held by BAE Systems Australia, a subsidiary of UK company BAE.

Sale’s gain is Tamworth’s loss. The size of the Lockheed Martin contract was not disclosed, but Defence says basing the training in Sale will boost the region’s income base by $17 to $19 million per year, adding an additional 6 per cent to the East Gippsland economy. Over the 25-year contract period this will see economic gains of over $500 million. Presumably this equates to a similar loss to the economy of the Tamworth region, which is in the electorate of Deputy National Party leader Barnaby Joyce.

Mr Joyce has refused to comment on the loss of the facility, though he was vocal in welcoming a five-year extension to BAE’s contract to train Republic of Singapore Air Force (RSAF) pilots in Tamworth, announced in June. BAE also trains pilots from the Royal Brunei Air Force and the Papua New Guinea Defence Force in Tamworth.

Mr Joyce said in July he would “continue to fight to ensure BAE System’s Tamworth flight training college will continue to grow,” and in March his local newspaper The Northern Daily Leader quoted him as saying he would “go to war” over the matter, but it is a battle he was not able to win, with BAE losing by far its largest contract.

Defence says it will “work closely” with BAE over the next four years to “actively promote the unique flight training opportunities” offered at Tamworth. The Royal Brunei Air Force contract is tiny, training just two students a year, and the PNG Defence Force contract is not much bigger.

Tamworth Regional Airport, home of former carrier East-West airlines, has two parallel jet runways, one of them over 2000m in length. Its inland location ensures clear weather for prolonged periods. Both of Sale’s runways are over 2000m in length, though its weather is not as good.

The new Lockheed-Martin contract will see all the Australian Defence Force’s Basic Flying Training delivered from the RAAF Base in East Sale from 2019. The new Pilot Training System includes 49 Pilatus PC-21 training aircraft, 22 of them to be based in Sale. From 2019 there will be an annual intake of up to 165 trainee pilots, which Defence says will increase in the number of graduates from 77 to 105 pilots each year.

The rationale for the move to Sale would appear to be the rationalisation of facilities. “The new training system will streamline future pilot training, co-locating multiple training facilities to support both Officer Training and Basic Flying Training at RAAF Base Sale,” said Defence in a statement.

Chief of Air Force, Air Marshal Leo Davies, said that the new training system is about much more than just acquiring a new aircraft. “The new pilot training system will enable us to use the latest in simulator technology that can be adapted to student needs and different learning styles to allow students to progress through training faster.”