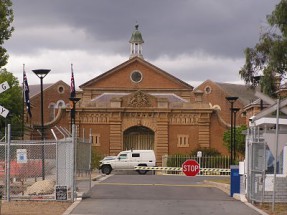 Notoriously overcrowded jails in New South Wales are primed for a major shake-down after a stinging Audit Office report found it was impossible to tell how well or badly individual public jails are doing because they were just not issued with key performance benchmarks to measure themselves against.

It’s an information vacuum so empty that on Thursday the state’s Minister for Corrections, David Elliott, revealed the Baird Government has now hired an “independent consultant” to urgently analyse “public prison operations in NSW and compare them to the private sector as well as public prisons in Queensland.”

Serious overcrowding in NSW jails has been an escalating issue for at least three years as existing facilities struggle to house growing numbers of offenders, resulting lockdowns because of a lack of correctional staff needed to supervise prisoners when they are out of their cells.

The issue of lockdowns and the long times spent by prisoners in overcrowded cells without the opportunity for exercise has exacerbated tensions between inmates and prison staff as well as prisons’ management and unions.

The powder keg environment has fuelled fears among many officers of an increased potential for outbreaks of violence and riots, especially after recent smoking bans. The tensions have also done little to help attract badly needed extra prison staff to a difficult job.

The Audit Report took particular aim at a tendency by prison management to put the welfare of inmates behind managing budgets.

On the back of the Audit Report, the Corrections Minister has vowed that new performance criteria and reporting standards will let the government allocate money to where it is needed.

“The analysis will identify the budget needed to achieve performance targets on indicators such as assaults on staff, time out of cells, engagement in inmate literacy and rehabilitation programs and other purposeful activity, and staff training hours,” a statement from Mr Elliott said.

“It is not good enough that we do not know which prisons are our star performers and which require more attention.”

The void of public prison data contrasted sharply with privately operated jails that must report extensively on their performance as part of their contract with the states.

Corrective Services Commissioner, Peter Severin, said the latest reforms “will ensure that public prisons are as accountable as private prisons.”

“This way of operating is standard across the private sector and in many other government agencies and it enables organisations to be more efficient and focus on their key goals,” Commissioner Severin said.

“I am confident Corrective Services NSW will be able to move successfully to this way of operating, which will be supported by an infrastructure renewal program.”

But while privately operated prisons appear outwardly more transparent and provide a lower cost alternative to authorities, deep concerns remain that running prisons as a business will ultimately have negative social consequences.

The crux of the debate is that businesses that operate prisons for a profit are inherently reliant on increasing prison populations to maintain growth, a factor that conflicts directly with social objectives of reducing offending rates and the custodial sentences that go with them.