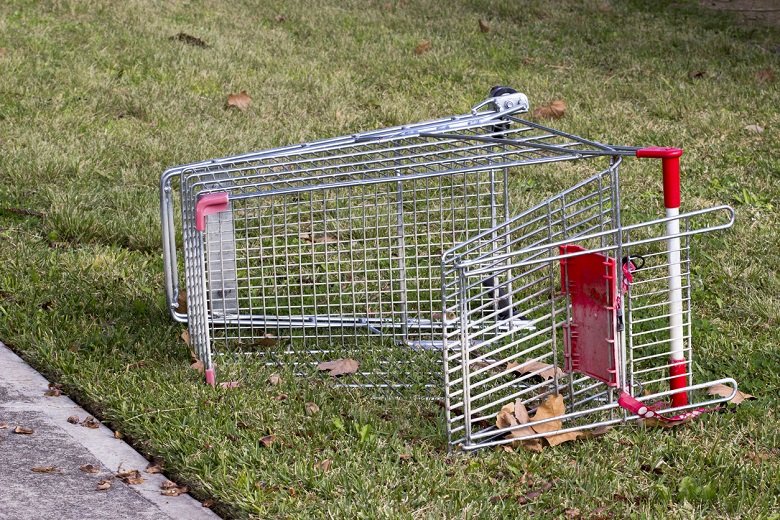 Supermarkets could face an on-the-spot fine of $660 for failing to collect a shopping trolley from a public place within three hours of being notified about it.

The NSW Government is cracking down on abandoned shopping trolleys with the passing of stricter laws .

Under the Act, owners of shopping trolleys, unregistered cars and trailers and stray stock will face harsh penalties if they do not remove them from public places within risk-based timeframes.

“Abandoned items such as shopping trolleys and unregistered vehicles are not only a safety hazard and nuisance but a blight on streets, footpaths, nature strips and other public places across the state,” Ms Hancock said in a statement.

“These new laws resolve key concerns our communities have been raising for years and years.

“We are now putting the obligations firmly on property owners and others responsible for items left in public places to do the right thing and remove them within risk-based timeframes or face harsher penalties, more rapid impounding action and enforcement orders.”

Under the proposed model, supermarkets will face an on-the-spot fine of $660 for failing to collect a shopping trolley from a public place within three hours of being notified about it.

Groups of trolleys will incur greater fines, with a further 10 per cent ($66) added to the fine for each additional trolley in the same spot, with up to 11 trolleys in total.

For more serious offences, individual retailers will face a court-imposed penalty of up to $2,750 and a maximum of $13,750 for corporations.

A mandatory code of practice will be introduced under the new model to provide clarity for supermarket operators and enforcement authorities to help reduce the impact of trolleys.

Owners of unregistered vehicles and animals other than cats and dogs could also face stricter penalties if these vehicles are left in public places or stray animals are found on neighbours’ properties or public roads or places.

This is the first review of the Impounding Act since it was introduced 28 years ago.

“Items abandoned or left unattended in public places cause significant economic, environmental and social costs to our community,” he said in a statement.

“It costs the NSW community $17 million a year to deal with abandoned and unattended shopping trolleys, vehicles and animals in public places.

“These reforms will cut these costs by 60 per cent, saving at least $9.7 million a year for councils, other public land managers and the community.”

“Past efforts to deal with the problem, including deposit-based systems, geofencing, wheel locks and trolley trackers have not prevented the abandonment of millions of trolleys, which is why local governments have pushed so hard for legislative change just like this,” she said in a statement.

“Essentially these new rules put the onus right back on the owners to ensure their property is not abandoned throughout our communities.”

This story was updated on November 23.

One thought on “NSW Govt cracking down on abandoned trolleys”