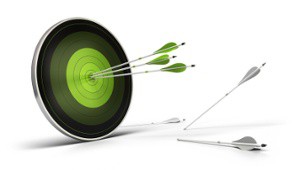 NSW Premier Mike Baird’s banking credentials are coming to the fore as he prepares to manage the state as it were a large corporation.

Mr Baird, who had a successful banking career with NAB and HSBC before entering politics, released a list of ‘State Priorities’ this week which will apply metrics against to ensure they are successfully completed.

“International experience suggests that, just like running a successful business, you need to set priorities in order to achieve results. And what gets measured, gets managed. I am committed to not just setting priorities, but delivering on them,” Mr Baird said.

But the premier has caused controversy in some quarters by ditching every environment target save one for litter– NSW now has a ‘Premier’s Priority’ to reduce the volume of litter in the state by 40 per cent by 2020. The NSW Greens have pointed out that the previous ‘NSW 2021’ plan had nineteen targets covering climate change projections, recycling, illegal dumping, national parks and air quality – all of which a notably absent from the new list.

“On almost all of these indicators the Government was stagnating or going backwards,” said NSW Greens Environment Spokesperson Dr Mehreen Faruqi. She has accused the NSW Government of “relegating the environment to the lowest priority by stripping practically all environmental targets from their performance monitoring.”

“Instead of confronting their terrible environmental record and improving it, they have decided to whitewash it.”

Mr Baird said he will track the metrics performance through a ‘dashboard’ of the latest KPI data with the help of a new ‘Premier’s Implementation Unit’ to help ensure that targets are met. “Over the coming weeks, I will work with my ministers to put in place rigorous plans to achieve these aims and I will be personally monitoring the government’s performance.”

There are 30 new ‘State Priorities’, including 12 special ‘Premier’s Priorities’, which one assumes are something like core promises.

Each of them is expressed in terms of a metric. Examples:

The full list is available here. Don’t look for it in the Premier’s press release, which said it was attached. It wasn’t.

Other priorities have to do with infrastructure, reducing domestic violence and youth homelessness, improving education results, driving public sector diversity, and community safety.