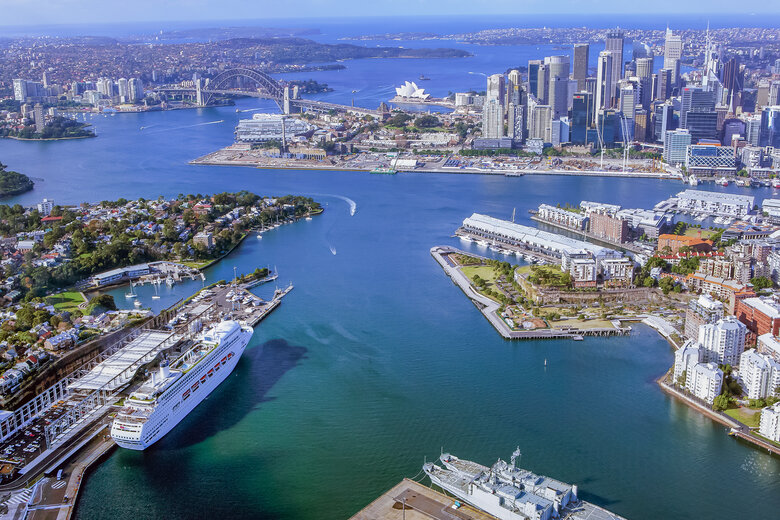 The precinct will be located at the Bays Port area including Glebe Island and White Bay, where an estimated 14,000 tonnes of carbone dioxide will be saved every year, the state government announced on Monday.

Shore power involves land-based infrastructure that can power ships while they are at berth, allowing crew to switch off engines and generators.

For bulk shipping operators, it will be the first port precinct of its kind in the world, while the White Bay Cruise Terminal will become the first shore powered cruise berth in the Southern Hemisphere, transport minister David Elliott told journalists.

The first berth is set to come online in 2024, and will allow shore power-capable ships to cut their diesel generators, reducing emissions, air pollution and noise levels while at port, the minister said.

“Shore power is cleaner and quieter, minimising the impact of ships on neighbouring areas and ensuring our last remaining deep water harbour berths continue to operate sustainably into the future,” he said.

Port Authority of NSW CEO Captain Philip Holliday says the authority is investing more than $60 million to deliver the infrastructure, with port users pledging to build and retrofit ships to take advantage of the technology.

“What we’re doing is making sure that the network is powered  by renewable sources, so we’re getting (the ships) to plug into renewable energy,” he said.

Morgan Koegal, senior campaigner from the Climate Council, said the scale of the project was relatively small but was another welcome step towards renewable energy.