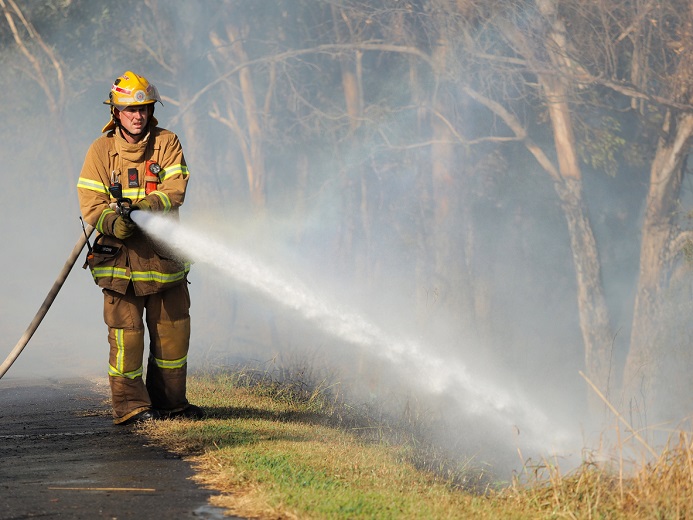 Firefighters will use a new tool this bushfire season to better predict the speed and spread of bushfires.

Australia’s national science agency CSIRO and the NSW Rural Fire Service have released the Vesta Mark 2, which provides a mathematical description of how a fire responds to environmental conditions.

It will be rolled out nationally this summer to help fire control rooms across Australia to predict and suppress bushfires and warn the public.

“This model was really developed for those situations where we have a fire spreading and somebody in a control centre needs to make decisions.” – Dr Miguel Cruz

Dr Miguel Cruz, CSIRO bushfire behaviour researcher and leader of the project, said the aim of the model is to predict how a fire will propagate in the landscape, forest or areas driven by wind.

“The idea is that we can forecast all the fires going to spread throughout the day, or two or three days in advance, so it can provide adequate warnings to the population in terms of evacuation,” he told Government News.

CSIRO has been producing these models for years, he said, however, the difference with this new model is that it will use data that has been captured in previous bushfire seasons.

“It is more accurate and is also easier to use,” Dr Cruz said.

“It is better able to describe the dynamics of fire as it is influenced by mostly wind and also the fuel moisture and vegetation type.”

While there are various uses for this model, including research and gaining a better understanding of fire risk, the tool will mostly be used in fire control rooms.

“This model was really developed for those situations where we have a fire spreading and somebody in a control centre needs to make decisions about how we’re going to better fight this fire – where are we going to locate our resources? What kind of resources we need to fight this fire? – just to be strategic in their firefighting,” Dr Cruz said.

The tool will also be used to warn the public with fire danger ratings, to provide them with a forecast for the day, or the next few days, of the fire danger and what actions need to be taken in a certain area.

“It is better able to describe the dynamics of fire as it is influenced by mostly wind and also the fuel moisture and vegetation type.” – Dr Miguel Cruz

Dr Cruz and his team also hope to see, as a flow-on effect of this model being more accurate, better trust in the community.

By having better and more accurate predictions, better trust can be built between the fire behaviour analyst and management team members, which will also bring about trust from the public on the model outputs.

When there is a fire emergency, predictions are made about how the fire will spread and those affected will be told to leave their homes.

“If they’re told to evacuate, but then the fire never reaches that area, maybe because the forecast didn’t eventuate or because the fire was controlled, let’s say,” Dr Cruz said.

“If people are told to do something, then they don’t see the fire, that kind of sometimes breaks that trust between the public and the warnings.”

They hope that more accurate forecasts of how the fire will spread will bring about better trust from the public on the use of these tools.

Dr Cruz and his team are currently training fire agencies, including New South Wales Rural Fire Service and Victoria’s Country Fire Authority, on the usage of the new model.