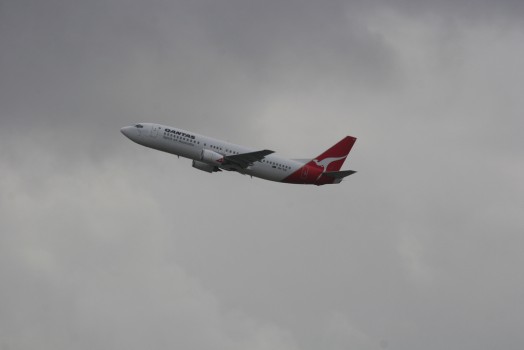 After a half century wait, the announcement that Sydney will finally get a second airport at Badgery’s Creek was never going to be uncontroversial.

However just hours after the announcement by Prime Minister Tony Abbott of a commitment of more than $3.5 billion over 10 years to the massive project, serious gaps in information over rail access and the potential for a curfew on operations have quickly emerged as the dominant questions facing the new facility.

Soldiering on through a press conference that was overshadowed by questions relating to the shock resignation of New South Wales Premier Barry O’Farrell, Mr Abbott and his Deputy Prime Minister Warren Truss left the question of when the massive new facility will get actually get rail link decidedly open-ended.

“It is going to start as a modest airport operation,” Mr Truss said.

“It is difficult to justify the cost of a railway line, specifically to service the airport in that initial stage. If you look at the experience around Australia, Melbourne doesn’t yet have a railway line to its airport. When an airport is starting small, usually the railway comes along a little bit later on.”

The ambiguous commitment to rail up-front has key industry group the Tourism & Transport Forum (TTF) clearly worried, with its chief executive Ken Morrison immediately cautioning that it will be essential to fund and build both roads and rail to the new aerodrome.

“It makes no sense to built a new airport in Western Sydney which is not connected to Sydney’s rail system,” Mr Morrison warned.

“Our concern that the federal government’s policy of not investing in urban rail would skew funding priorities seems to be borne out by today’s announcement.”

“While the road upgrades are vital, it’s important to remember that not only will the airport drive increased traffic, but also that Sydney’s South West will be home to an additional 300,000 people over the next 20 years,” Mr Morrison said.

The terse warning from the staunchly pro-business, pro-airport industry group which includes some of the nation’s largest employers and most prominent transport stakeholders is a firm signal that there will be substantial political turbulence even before a sod is turned by Mr Abbott and whoever will replace Mr O’Farrell.

“Reserving the corridor and enabling work for the rail link is not enough – especially with no funding attached,” Mr Morrison said.

“The rail link needs to be an integral part of the airport construction process and should be completed and operational when the airport opens.”

The Abbott government is heavily spruiking its heavy commitment to roads in and around the new facility as the driver of economic growth for Sydney’s west that now suffers some of the worst traffic congestion in Australia.

According to the Abbott government’s announcement the big upgrades to major and local roads will include :

“These upgrades will increase the capacity of the region to handle future traffic growth; improve accessibility to the M7 and M4 motorways [and] significantly reduce travel times and improve the safety performance of Western Sydney’s road network,” the Prime Minister’s announcement said.

Meanwhile, Federal Minister for Infrastructure and Regional Development, Jamie Briggs and NSW Minister for Roads and Ports, the Duncan Gay, have been tasked with planning, prioritising and funding not only formally announced but consideration of “future projects to be funded at later stages of the programme.”

According to Mr Abbott’s announcement, they include:
•    A link from the M4 to the Airport
•    The Prospect Highway
•    The Moorebank Precinct
•    And the Werrington Arterial

While acknowledging the need for better roads, the transport sector isn’t convinced that just laying down more bitumen will solve Sydney’s transport woes.

However the Abbott government is clearly betting that the employment boost from building and upgrading roads will deliver it electoral approval even if it doesn’t cut through traffic jams.

It estimates that pumping cash into roads “will create 4,000 jobs in addition to the tens of thousands of jobs that will be created by the new airport.”

A burning political issue in Sydney has been the heavy concentration of jobs in the inner city – essentially in and around the eastern coastal fringe – that forces people living in the more affordable Western suburbs to make a lengthy and increasingly crowded and expensive commute to work each day.

However jobs are not the only thing soon to generate noise out West.

A difficult issue for the new airport’s protagonists to navigate is that the existing Kingsford Smith Airport has strict curfews on aircraft movements that only permit take offs and landings between 6am and 11pm because of the population density of inbound and outbound flight paths.

The ban on late night movements means that airlines are restricted in terms of how they can plan connections to flights in other aviation hubs like Singapore, sometimes leading to drawn out stopover times.

However the creation of a curfew-free airport at Badgery’s Creek would mean that one part of Sydney would be spared noise while another was forced to endure it creating an immediately awkward political issue for decades to come.

So far, the Prime Minister is trying to navigate around where the awkward question may land him and his state Coalition colleagues.

“Planes are much quieter than they were, Mr Abbott said, adding that “most people want to travel during the day rather than in the middle of the night.”

The Prime Minister said that “there are far, far fewer buildings that would be noise-affected here than for argument’s sake at Mascot.”

He estimated that a comparison under “the relevant noise footprints” meant that there were 4,000 buildings “in the Badgerys footprint compared to 130,000 in the Mascot footprint. “

Mr Abbott went on to hose down the prospect of a curfew, but pulled up short of saying it was out of the question.

“I think it’s far too early to be talking about curfews and I’m certainly not mandating a curfew,” Mr Abbott said.