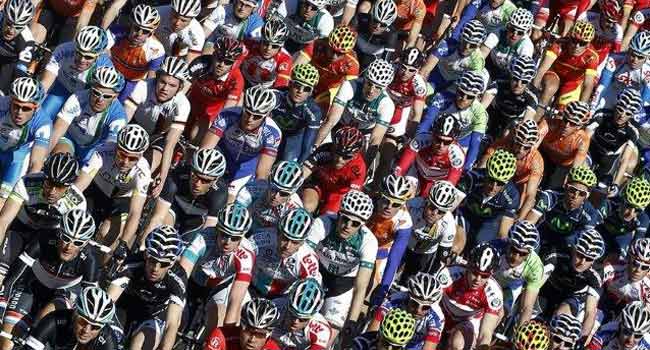 Motorists must be at least one metre away from cyclists when they overtake them, under new cycling rules to be introduced as part of a two-year road safety trial in the ACT, starting 1 November.

ACT Minister for Justice Shane Rattenbury,said that a Legislative Assembly inquiry into vulnerable road users last year identified a range of measures that could be introduced in the ACT to improve safety for cyclists and other road users.

“One recommendation was the introduction of a minimum overtaking law (also known as the ‘metre matters’ rule) that requires motorists to provide a minimum distance of one metre when overtaking a cyclist in speed zones at or below 60 km/h and 1.5 metres in speed zones above 60 km/h,” Mr Rattenbury said.

“When driving a motor vehicle, we need to remember that we are in control of around 1 to 2 tonnes of metal, travelling at more than 12 metres a second when driving at 50 km/h – which can kill in an instant.

“On the road, cyclists are particularly vulnerable because they are smaller and have less crash protection than motorists. It is important that we continue to make it easier, safer and more convenient for people to choose cycling as their preferred method of transport.”

The Amy Gillett Foundation has campaigned nationally for the introduction of the overtaking distance and has been supported in the ACT by local advocacy group Pedal Power ACT. Similar laws have already been introduced in Queensland and are due to be introduced soon into South Australia.

“A metre matters because it provides a practical measurement for drivers when overtaking bike riders,” Ms Clark said. “This trial is about sharing the road safely together. A metre matters on all roads in the ACT, regardless of whether there are bicycle lanes or not.

“The ACT has joined Queensland as a leader in cycling safety, strengthening its position as a bicycle friendly city, and we congratulate the ACT government for implementing the new road safety laws. We look forward to a successful trial so that the amended road rules stay in place after the trial ends in November 2017,” she said.

Mr Rattenbury said that on narrow lanes or roads motorists would be allowed to cross centre lines, straddle lane-lines and drive on painted islands to maintain the one-metre clearance, provided the driver had a clear view of approaching traffic and it was safe.

“On busy roads and narrow roads, cyclists can help motorists out by riding to the left of the road or bicycle lane, and riding single file,” Mr Rattenbury said.

“One of the more important aspects of this pedestrian crossing trial is for cyclists to slow to 10 km/h on the approach to the crossing, check for any approaching traffic and be prepared to stop,” Mr Rattenbury said. “This is to allow motorists to see and respond to the cyclist before they make the crossing.”

An awareness campaign will start in mid-October to educate road users about the changes.