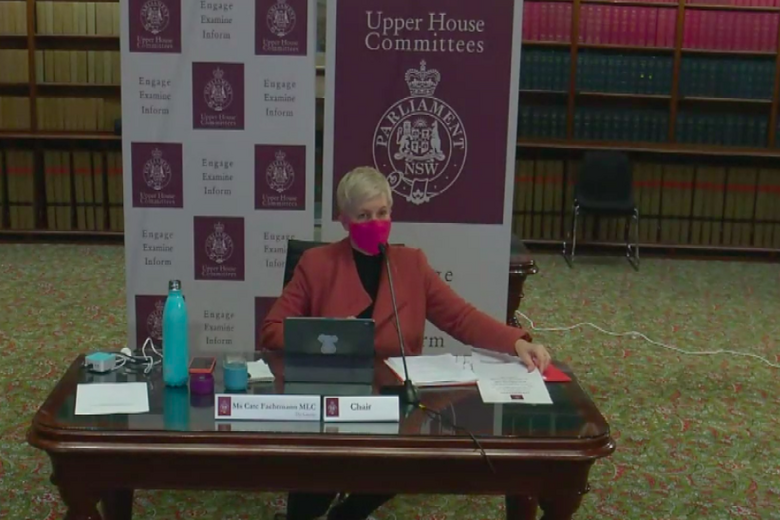 A NSW inquiry has heard proposed changes to infrastructure contributions would radically change the way local infrastructure is planned, funded and delivered.

The NSW planning minister has indicated he will press ahead with controversial changes to developer levies saying he is “impatient for reform” despite pushback from councils.

Asked if he was open to making amendments to the proposed legislation during a NSW parliamentary committee hearing on Friday, Rob Stokes said he had a vision for reform.

“Yes I do want to move reasonably quickly because I’m impatient for reform,” he said.

But LGNSW president Linda Scott said the plans would result in a “lose, lose, lose scenario”.

The Upper House Inquiry is examining proposed amendments to the Environmental Planning and Assessment Act as part of a wide ranging shakeup of the infrastructure contributions system.

The legislation, which is yet to clear parliament, would implement recommendations contained a Productivity Commission report released last year, but councils say it will also provide the government with unfettered powers to implement other reforms without parliamentary scrutiny.

Among other things, the Bill replaces special infrastructure contributions with a broad-based pooled regional contributions system. It also extends provisions, originally introduced in response to covid, allowing developers to defer payments until after construction.

Councils say the legislation, due to come into force next July, leaves uncertainty about the sorts of projects that will be eligible for contributions, will delay and reduce payments to  councils, and allow the planning minister to decide what developer levies are spent on, and when they are paid.

“This is a one-sided approach that risks letting developers off the hook at the expense of communities and still does not resolve the financial needs of councils to support more infrastructure,” Cr Scott told the committee.

This is the risk of a lose, lose, lose scenario. It is not the scenario that the productivity commissioner put forward.

“This is the risk of a lose, lose, lose scenario. It is not the scenario that the productivity commissioner put forward.”

City of Sydney Lord Mayor Clover Moore said the legislation would allow the state to pocket 50 per cent of the City’s developer contributions and expect Council to make up the shortfall by raising rates.

“We estimate that the city would need to raise rates by 13  per cent a year,” she said.

She said the legislation would radically change the way local infrastructure is planned, funded and delivered and curtail the ability of local government to deliver.

“This bill threatens the financial viability of local councils,” she said.

Marcus Ray, deputy secretary of planning and assessment at DPIE, said councils couldn’t complain while they were sitting on $3.7 billion of unspent contributions.

The amount of contributions coming into the system is increasing but councils aren’t increasing their spending rates.

“The amount of contributions coming into the system is increasing but councils aren’t increasing their spending rates,” he said.

The government’s reform package would enable those funds to be spent more quickly and effectively, he said.

Modeling also showed that in 20 years council funding from rates would be 6.9 per cent more than they are now, Mr Ray added, and the legislation gave them more options for borrowing money.

Riverina Joint Organisation Chairman Rick Firman said regional councils were concerned that the new structure meant the money could be used for infrastructure outside the region and even the state.

“This means a contribution can be collected in Temora  Shire but invested in Byron Bay, or even apparently outside NSW.

“Communities expecyt that development contributions from developments in their respective areas will be spent in their LGA.”

The bill takes funding from the areas of greatest infrastructure need and puts it into a pot that can be dispersed anywhere with no accountability on where or what it is sent on.

“The bill takes funding from the areas of greatest infrastructure need and puts it into a pot that can be dispersed anywhere with no accountability on where or what it is spent on.”

She said the $13 billion of private investment for the Green Square redevelopment, a state initiative, wasunderpinned by $1.3 billion of local infrastructure and community facilities funded by the city and developers.

Seventy-five per cent of council’s contribution came from developer contributions and 25 per cent from the rate base.

Productivity Commissioner Peter Acchtersraat said the system would allow infrastructure to be pooled for major porjcts.

“It may well be that they decide that not every local council area needs a big hospital, so there’s going to be on hospital for that whole region,” he said.

Councils are also concerned about what they say are plans to tie rate peg reforms to infrastructure contributions.

I am very happy to guarantee that over the long term no council will be worse off.

The productivity commission has recommended that rates should be tied to population growth to strengthen the financial sustainability of local government, a move LGNSW has welcomed.

But Cr Scott says the proposed levy changes should under no circumstances viewed as a trade off for uncapping the rate peg, which would amount to cost-shifting from developers to rate payers.

He said he could categorically guarantee councils wouldn’t be worse off under the legislation.

“I am very happy to guarantee that over the long term no council will be worse off,” he said.

“In fact they’ll be considerably better off.”