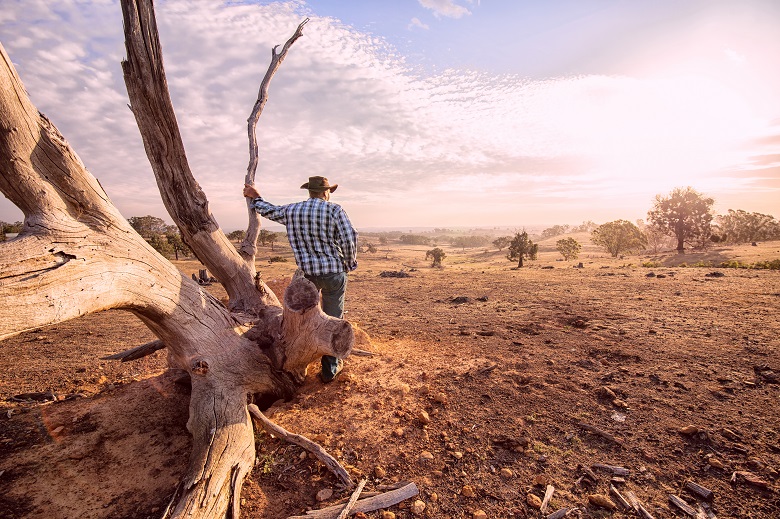 Prime Minister Scott Morrison announced on Thursday that councils currently receiving assistance under the drought communities program will receive an additional $1 million each, with the program extended to six new councils.

They include Greater Hume, Hilltops , Lockhart and Upper Lachlan in NSW, and Kangaroo Island and Tatiara in SA.

The 128 councils will share in almost $140 million of additional Roads to Recovery funding in 2020, and $200 million will be redirected from the Building Better Regions fund to create a special drought round, providing up to $10 million per project in regional local government areas.

The government has also set up a $50 million discretionary fund for council projects in local government areas affected by drought such as community hall renovations and playground upgrades.

Greater Hume Mayor Heather Wilton told Government News the funding had come as a complete but very welcome surprise, with the area on the brink of being drought declared.

“We’re thrilled to be part of it and we’ll certainly be using it,” she said. “Our damns are virtually non-existent and everybody’s certainly pulling in their belts.”

Cr Wilton said she was still to see the “strings and criteria” attached to the funding, but said Council had a series of future plans that could now be brought forward, as well as some road projects.

“That will keep people employed and it means the money goes round in the community which helps our local towns,” she said.

The Australian Local Government Association said councils would now be able to rapidly roll out a range of projects.

“This much needed money will make a real difference to communities hurting amid the relentless drought,” Cr Linda Scott, said.

However she urged the government to allow flexibility in how the money was spent.

“Local governments, as the closest level of government to the community, understand what is required to support their communities effectively,” she said.

The package also includes making drought loans interest-free for farmers, providing loans of up to $500,000 for small businesses that are dependent on agriculture, $10 million for schools and $5 million for childcare centres.

The government will also supply 100 gigalitres of water to the lower southern basin under an agreement with the South Australian Government.

“There will a 100 gigalitres by the 31st of April,” Mr Littleproud told reporters. “we will repay that through the use of the desalination plant”.

Meanwhile, the NSW government is turning to another drought-affected nation, Israel, for lessons in water management.

NSW water minister for Melinda Pavey signed a Memorandum of Understanding with Israel while meeting with Minister for Energy Yuval Steinitz in Jerusalem last week.

The MOU will see enhanced collaboration and cooperation in water resource management across the jurisdictions, the government says.

Ms Pavey says Israel is a recognised world leader in recycling, reuse and desalination technology with one of the lowest per day water usage rates in the world.

Up to 80 per cent of Israel’s municipal water is provided by desalination plants that produce 600 gigalitres each year, Ms Pavey said.

She says NSW can learn a lot by collaborating with Israel on smart technologies, energy efficiency, waste reclamation and chemical-free desalination.

She also said Israel home of the modern drip irrigation and more than a third of irrigation water used there is treated waste water.

“Israel faces very similar challenges to NSW and has also been in the grip of a severe drought for the last five years and they have virtually drought-proofed their cities and continue to provide farmers with water,” Mrs Pavey said.

“In NSW we’re improving water security and efficiency, and this ongoing relationship with Israel will provide us with invaluable insights into how we can improve this.”

One thought on “Millions in drought assistance for councils”