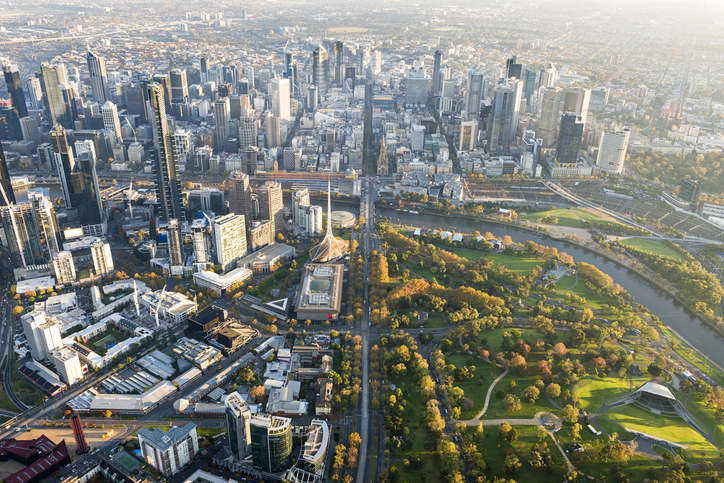 Three Australian cities have made it into the top ten of the world's most liveable cities.

Melbourne and Sydney have come in behind Vienna as two of the world’s top three places to live, with Melbourne’s vibrant cultural life helping it beat Sydney to the number two spot.

Adelaide came in at number ten on the index, receiving strong praise for the quality of its healthcare, education and infrastructure.

The Economist Intelligence Unit (EIU)’s liveability index, released on Wednesday, compares 140 of the world’s major cities on a variety of liveability measures including stability, healthcare, culture and environment, education and infrastructure.

Scoring 98.4 for liveability thanks to the overall quality of healthcare, education, infrastructure and its vibrant cultural life, Melbourne almost toppled Vienna from the top title, with just 0.7 per cent separating the cities.

Despite remaining behind its rival Melbourne with a score of 98.1, Sydney managed to climb from number five in the previous year thanks to its work combating climate change.

The shift was attributed to Sydney Lord Mayor Clover Moore’s Sustainable Sydney 2030 strategy, which saw a sharp rise in the city’s culture and environment score from the previous year.

The Lord Mayor on Wednesday welcomed the recognition, but said more work is to be done to tackle the housing affordability crisis and congestion.

“This recognition shows Sustainable Sydney 2030, and the wonderful work of our staff, has made Sydney not just a climate leader, but a better place to live.

“Previous liveability studies have marked Sydney down on transport and housing affordability. I’m glad that we have increased connectivity for pedestrians and cyclists, and the NSW Government’s inner city light rail and metro will be transformative, but we are still too reliant on cars,” she said.

Both Melbourne and Sydney scored equally for healthcare, education and infrastructure but Melbourne scored 0.4 per cent higher on culture and environment, giving it a step above Sydney.

Melbourne was for seven consecutive years crowned the most liveable city, but was topped by Vienna in 2018.

Lord Mayor Sally Capp said the recognition was welcome, but more work was to be done.

“Melbourne is recognised as one of the best cities in the world and we continue to lead the nation for liveability. Melbourne is Australia’s events, sporting and cultural capital,” she said.

“That’s why the City of Melbourne is investing a record $166 million in capital works this year to build a better community – including $28.2 million on transport projects to keep our city moving and $7.1 million on Melbourne’s acclaimed parks and gardens.”

Coming in after Sydney and Melbourne is Osaka, Calgary, Vancouver and Toronto.

Looking to changes in liveability worldwide, the report found a deterioration in overall scores for culture and environment, reflecting the threat of climate change.

New Delhi, Cairo and Dhaka were among the cities to experience a sharp downgrade in their environmental scores.

“A slew of cities in emerging markets that are among the most exposed to the effects of climate change have seen their scores downgraded,” the report says.

A lack of global action on climate change could further jeopardise these scores, the report warns.

Despite the threat of climate change, the report found overall liveability is improving.

“In our sample of global cities, the average liveability score has increased by 0.5 percentage points, to just under 76, over the past five years, driven primarily by higher scores in the stability category. ”

The worst places to live

Caracas in Venezuela came in as the least liveable city thanks to the government’s ongoing fight for legitimacy, followed by New Delhi, as a result of low environmental scores and high crime rates.

Detroit in the US came in as the third least liveable city in the globe due to depopulation and urban decay, poor infrastructure and high crime rates.

Conflict and economic crisis are all jeopardising the quality of life in a number of cities worldwide, the report says, while first world countries tended to rise to the top.

“Overall, our index remains dominated by medium-sized cities in wealthy countries. These cities have well-funded public healthcare systems, compulsory and high-quality education, and functional road and rail infrastructure. The provision of these services is assisted by the presence of fully democratic electoral systems and generally low levels of corruption.”