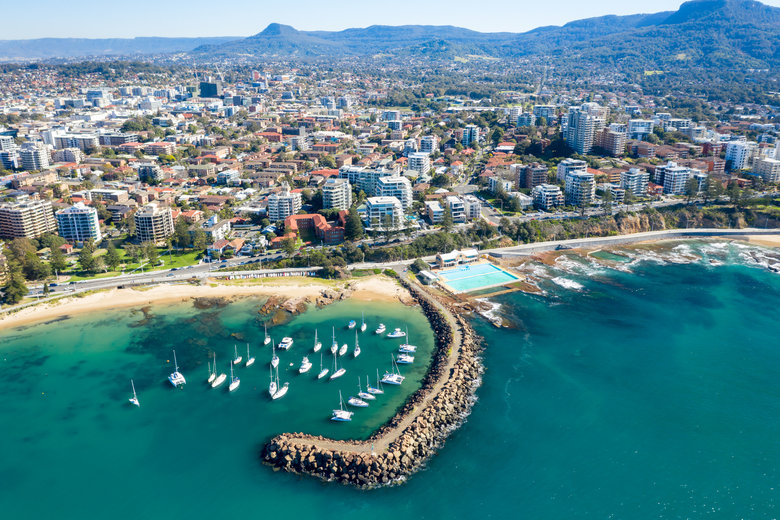 Wollongong has been described as one of Australia's 'Goldilocks cities'.

They’re being described as the nation’s Goldilocks cities and the ones most likely to bounce back from COVID – and they’re not Sydney or Melbourne.

A new report, carried out before COVID lockdowns, compared government data on employment, investment and welfare reliance in 101 urban areas across Australia to gauge the underlying social and economic health of the community.

Pre-lockdown Melbourne came in at 23 with Sydney ranked 25.

“These dynamic cities are potentially less hindered by legacy infrastructure and overlapping governance structures. They can be more responsive to smart, catalyst investments than larger capital cities,” the report says.

Gateway Cities Alliance Secretary Jennifer Cromarty said the presence of Geelong, Newcastle and Wollongong in the top four reinforced the importance of gateway cities as  ‘Goldilocks’ towns, with just the right balance of employment opportunities, industry diversity and amenity, and minus congestion and high cost of living.

Ms Cromarty says while the report is based on pre-COVID statistics the top cities were found to have been resilient across generations and through changing economic conditions.

“This research reinforces the strong position of the Alliance cities before the lockdown, and places them well to play a crucial role in Australia’s recovery post-pandemic,” she said.

“It offers insight into the many economic and social benefits of Geelong, Newcastle and Wollongong, which have the potential to play a far bigger role in national development.”

All three mayors said they believed their cities had a significant role to play in helping the national economy return to strength.

“The COVID-19 pandemic has hit our communities hard, but we are looking to the future and believe regional ‘gateway’ cities can play an important role in Australia’s recovery,” City of Greater Geelong Mayor Stephanie Asher said.

The three cities formed the Gateway Cities Alliance last November following the release of the Australia’s Gateways to Growth report.