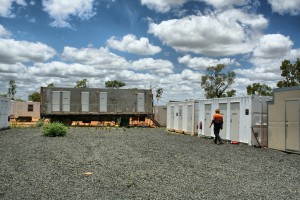 The mayor of one of Queensland’s biggest minerals-based local government regions has thrown her support behind a full scale review of how mining companies are allowed to set up completely separate Fly-In, Fly-Out (FIFO) operations which exclude locals from jobs and contribute virtually nothing to town economies.

Mayor Anne Baker, who heads Isaac Regional Council, this week prominently backed a review of FIFO by the government of new Premier Annastacia Palaszczuk as councils affected by mining jockey for reforms and a greater cut of royalties.

So called 100 per cent forced FIFO mines – where miners are allowed to set up completely separate and self-contained worker communities – have been on the nose with councils and communities who gain little more than the dust and noise that they generate.

“This review can’t happen fast enough, I am sure everyone agrees it doesn’t make sense to continue to lock out local workers from local mines.

“There needs to be genuine employment opportunities for people living in established resource communities and regional centres.”

Regional centres have a lot to lose from the 100 per cent FIFO phenomenon and Isaac has been arguing that it forces locals and prospective residents to relocate to bigger towns or capital so they can get mining jobs.”

“It’s hard to estimate but we know well over 1000 mining jobs have been retrenched in the region over the last twelve months,” Ms Baker said.

Accusations of pork barrelling during the run-up to the recent state election have also left a sour taste for many. Western Downs Mayor Ray Brown was recently reported as saying that Isaac missed out on funds from the Royalties for Regions because of its non-LNP leaning even though the council was “probably producing half the royalties in Queensland.”

“They have got diddly squat,” Mayor Brown is reported to have said.