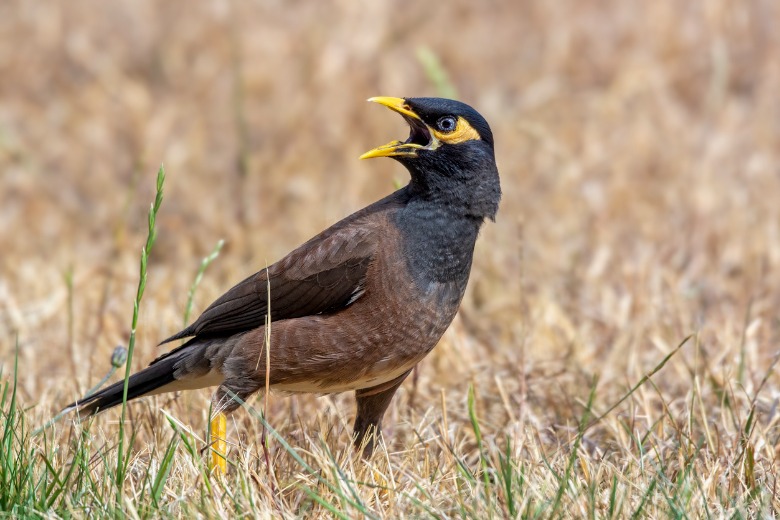 Indian Mynas are invasive, aggressive, a threat to native wildlife and a regular source of complaints to councils.

Georges River Council in Sydney’s south says residents have been complaining about the birds for over a decade, which has prompted it to launch an information war to help bring the problem under control.

Council’s Environment and Planning Committee has resolved to commit to an education campaign to manage the pests, which will include fact sheets, web content and educational resources that will be available on the council’s website.

“Common (Indian) Mynas are an invasive species and pose a threat to the native wildlife (and) Council would like to reduce the impacts to local native bird species and protect their population,” a spokesperson told Government News.

“By creating a targeted educational campaign on the Common (Indian) Mynas, Council is optimistic about the difference it could make in promoting local biodiversity and awareness within the community.”

The campaign is anticipated to go live at the end of this financial year.

The birds are native to India and southern Asia and were first brought to Australia in 1862 to control caterpillars and other insects in market gardens around Melbourne, according to Pestsmart, an initiative of the University of Canberra-based research group the Centre for Invasive Species.

In 2000, Mynas were listed among 100 of the world’s worst invasive species by the World Conservation Union.

The birds can sometimes be confused with the native Noisy Miner or solider bird.

A  meeting of the environment and planning committee last month heard Mynas have been a long-standing issue for council.

Common Mynas pose a threat to native wildlife as they are known to forcible evict native birds from their nests.

“Common Mynas pose a threat to native wildlife, as they are known to forcibly evict native birds from their nests and hollows, killing chicks and eggs in the process.

“Common Mynas also present a potential threat to human health, carrying some diseases like avian influenza and salmonellosis, which can cause sickness.

Council’s decision to commit to an education campaign came about when it realised there was no information about the birds on its website or other Council resources.

After consulting with neighbouring councils and researching the management of the birds, Council decided that an education program would be the most effective approach.

The program will include a factsheet and other educational resources including information on how to minimise the impact of Mynas including not leaving uneaten pet food out, covering compost and garbage bins and replacing some exotic plants with native species.

Residents will also be provided with information on how to trap the birds, but Council doesn’t believe a trapping program is the best option.

The cost of establishing and operating a trapping program would cost council around $15,500 a year, Georges River estimates.

Traps were loaned to participating residents over a period of four weeks, along with instructions on using them, euthanising Mynas and releasing others.

“An average of 4.3 Indian Mynas were eradicated per trap, and an average of 11 traps (were) loaned per year of the program’s implementation,” the meeting agenda said.

However the program declined from 2011 and was abandoned in 2017.

Sutherland Shire Council has a webpage dedicated to the bird, educating the community on how to report and deter them, along with a trap loan program similar to that of the former Hurstville Council.

Campbelltown Council has a program to raise public awareness and provides community education and training to support the humane trapping of the birds.

Wollongong City Council has a monthly bird action program workshop, which educates its residents about the birds, and residents can then purchase traps.

Georges River Council is also considering a regional approach to education and management of the birds that would involve the Southern Sydney Regional Organisation of Councils.

SSROC’s Pest Animal Action Group is a collaborative regional network contributed to by all member Councils.