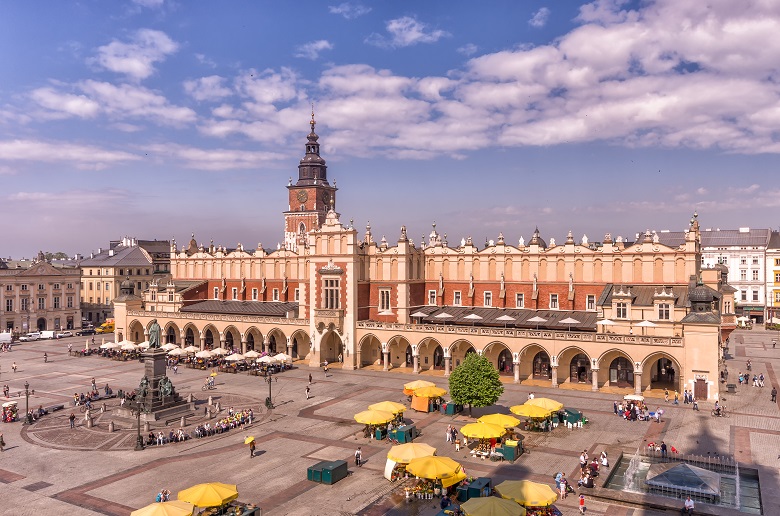 Local government professionals from around the world gathered at the European Congress of Local Government in Poland.

Thousands of delegates from councils across the world were in Poland last week for Europe’s biggest gathering of local government professionals. Among them was CEO of Neighbourhood Houses Victoria Nicole Battle, who talks to Government News about what she learnt there.

Europe might be 14,000 kilometres away but councils there are confronting the same challenges of congestion, waste management, culture and walkability as Australia, according to Ms Battle, who sat on a panel about community building and strong neighbourhoods at the 5th European Congress of Local Government in Krakow last Monday.

GN: What are some of the key lessons you took away from the European Congress that Australian councils can learn from?

NB: European cities are grappling with the same issues. Things like getting rid of rubbish, making cities more walkable, trying to encourage people to leave their cars at home. Having more pressure to deliver but not necessarily having the money.

Waste is one of the biggest issues for Australian councils at the moment. Where are the parallels with European cities and what solutions have they found?

I don’t think they have (found any)! That was the takeaway for me, they really haven’t come up with any particularly innovative solutions either. I spoke to a couple of people from England, and with Brexit and everything that’s been going on there for the last 18 months or so everything is on hold, they can’t get anything through. They’re so caught up with Brexit that all of the everyday issues they should be dealing with, they’re not.

What learnings did you bring back on community building and strong neighbourhoods?

There were quite a few people in the audience who were  representing neighbourhood houses and community centres. It was very interesting again to hear the issues are quite universal. Certainly within an Australian context people tend to think community centres are local, and they are, but there’s a whole network around the world and they look very similar, certainly in Poland, Krakow, where I visited a couple of local ones. They also put a lot of stock in culture, offering cultural events to local populations, taking opera and ballet into local communities as way of bringing these things to grassroots communities that may not have an opportunity to go into capital cities. That’s something that maybe Australian local governments should do.

Would you say there is more scope for Australian councils to have public, local events that bring communities together?

Yes, definitely. But again maybe some higher culture events like opera and ballet. Some people may think certain local communities may not resonate with that but I think there’s a role maybe for local government and community centres to be pushing some cultural boundaries.

Making cities more walkable was another key issue touched on as a problem for European cities. Australia is no different, with big cities like Sydney and Melbourne. Any there any parallels there?

I do think it comes down to public transport, I spent 10 years working at Wyndham City Council (in Melbourne) and I lived there as a resident for a while. I think cities (in Europe) are so much more walkable because you have intersecting underground stations everywhere. There are not too many places you can’t get to by train relatively easily. Whereas somewhere like Wyndham, you would have to take a bus and there was no parking at the station. The bus often didn’t coordinate with the train, and the trains were packed so a lot of people would rather drive. Here in European cities they do public transport so much better.

It is a tyranny of distance issue because we live in such a big country?

I don’t think that’s an excuse. I think you build (transport) and people will come and use it. There definitely needs to be a cultural shift and at the moment I don’t think public transport is easy enough and we have a big population, our population is way bigger than some of these cities but they still do public transport better and it’s not overly expensive. The other thing here is there’s a lot of apartment living (in Euorpe) whereas we have these massive houses and that does make things different.

Attracting tourism in historical places and the idea of the interface of modern and historical identity was a key issue at the conference. What were the lessons there?

I went to Auschwitz, which is not too far from Krakow, and saw that first hand. In my mind I always thought it would be in the middle of nowhere but it’s not, it’s in a very urban centre, and you walk around and seeing gas chambers and all of the lodgings, and probably 300 metres away you’ve got a housing estate that overlooks it. I thought that was interesting and I would’ve been fascinated to speak to council there to see how residents are able to reconcile something so horrendous as part of their history. But it seemed to work.  The guides, they use and the people who worked there, are all local so it’s almost like the people had taken ownership of it and I think that helps, so maybe that’s a learning.

So Europe does comparatively well in protecting and cherishing history while allowing contemporary life to thrive?

I think they do that exceptionally well. In visiting a couple of centres, they do capture history in a way we don’t. We’ve got history that’s always evolving, but we don’t capture it until it’s too late.

It’s all relative. That is one of the takeaways from some of the speakers, but again it’s not universal. But the buck stops with local government in many cases. If a service isn’t delivered or gets cut, it’s often local government that has to step in and do it even if they’re not resourced to do it, because they’re the ones with  potentially homeless people or asylum seekers walking into community centres; they’re the ones dealing with the grassroots issues local government can’t ignore.

Smart cities are another big issue for cities across the world. Were there any interesting examples?

Certainly walking around in a couple of cities  there was wi-fi everywhere, that certainly is interesting.

The big thing lesson for me is that sometimes in Australia we see ourselves as a bit of an island, but the issues (for local government) are the same around the world. There’s more that makes us similar than makes us difference.