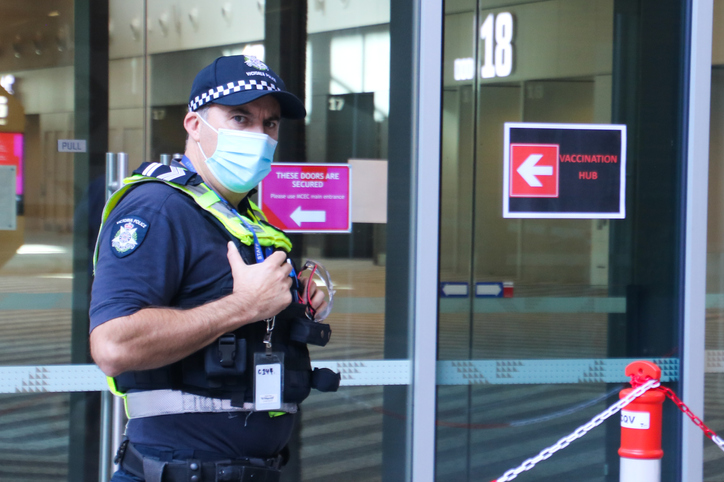 Processes for monitoring the use of body-worn cameras are time-consuming and provide limited insights, an audit found.

Victoria Police doesn’t consistently track the use of body-worn cameras and doesn’t know how compliant its officers are with activation requirements, a report has found.

The Victorian Auditor-General’s Office looked at how Victoria Police uses BWCs, including recordings.

The small battery-operated cameras are constantly recording but footage is saved only when a police officer activates them.

VAGO’s data analysis for the month of March 2021 showed that Victoria Police officers activated their BWCs to capture footage in 83.6 per cent of the instances they were required to.

This meant that 16.4 per cent of interactions were left unrecorded, and that footage may be unavailable for key incidents, the auditor said, resulting in weaker evidence for investigations and prosecutions, reduced transparency in complaint investigations and reputational damage to Victoria Police.

Victoria Police has manual processes to monitor and report on how police officers are using BWCs and the recorded footage.

However, these processes are time-consuming and provide limited insights into the use of BWCs, according to the report.

There is also no overarching summary of compliance monitoring activities and related actions, which makes it difficult for Victoria Police to consistently monitor and ensure compliance across the force.

“Because Victoria Police does not systematically assess police officers’ compliance with its activation framework, it does not understand why BWCs were not activated in16.4 per cent of instances.

“Therefore, it cannot be assured that police officers are consistently activating BWCs when needed.”

Victoria Police has various controls to protect the footage and data from its BWCs, including categories and retention periods, access and editing restrictions and system and data storage security.

When it comes to deleting footage, Victoria Police uses functions in its cloud-based storage system to delete footage that is unlikely to be required for a “permitted purpose”.

The cloud-based storage system also has an automatic audit logging function to track access and changes to footage and data.

“We assessed Victoria Police’s audit logs in the system and found that they capture the information we would expect for this type of system,” the report said.

“However, Victoria Police does not periodically monitor or review these logs to check compliance with its BWC Operational Guidelines.

“It told us that it reviews audit logs on a ‘by exception’ basis, but that no exception has warranted a review yet.”

Victoria Police did not provide specific detail to VAGO on what would be considered exception that warranted a review.

“This means that unless Victoria Police is alerted to inappropriate or unauthorised sharing or access to footage in another way, it may not detect it,” the report said.

The controls that Victoria Police has to protect footage and metadata, including secure back-end storage, are provided by its contractor.

“The contractor’s cloud-based storage system encrypts footage and data both when it is stored and being uploaded.”

BWCs were introduced in 2018 by Victoria Police in response to a recommendation from the 2016 Royal Commission into Family Violence to help support victims of family violence.