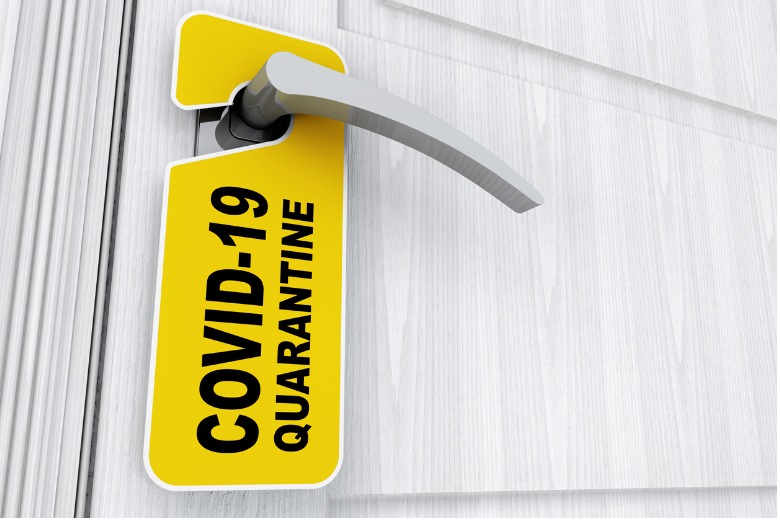 The agencies included the Department of Jobs, Precincts and Resources, which was investigated for potentially breaching probity when it awarded a $35 million contract to a security company.

The health department, then the Department of Health and Human Services, was also investigated for potentially improperly awarding an $86 million medical services contract, the report released last week says.

Auditor general Andrew Greaves said he found nothing to suggest that any of the procurements were influenced by self-interest.

“However, none of the agencies  fully followed their procurement policies and procedures (including critical incident policies) in procuring those services,” he said.

National Cabinet agreed last March that all travellers arriving in Australia would have to isolate at ‘designated facilities’ for 14 days and Victorian Premier Dan Andrews immediately announced the state would accommodate returned travellers in 5,000 hotel rooms.

DHHS, which was responsible for the health and wellbeing of the people in the hotel quarantine program, moved to procure out-of-home general practitioner services for those in isolation.

Not long after, VAGO received a report alleging that DHHS may have improperly awarded an $86.4 million contract to medical services provider, Onsite, to deliver medical services as well as pop-up testing, a call centre and a community hotline.

This was based on undisclosed conflicts of interest including financial connections to the ALP and an indirect connection to the Premier, the auditor said.

The audit cleared the department of those claims.

“Nothing came to our attention to show that the contract for medical services was improperly awarded to the medical services provider because of undisclosed conflicts of interest,” Mr Greaves said.

But he said DHHS did not fully follow its procurement policies and procedures, including failing to ensure probity when approving expenditure, and not following contract disclosure requirements or declaring conflicts of interest in a timely manner.

The auditor also investigated complaints that DJPRS may have breached probity when it awarded a $35.2 million contract to the Unified Security Group, which wasn’t on the State Purchase Contract (SPC) panel, for the hotel quarantine program.

The complaints alleged the contract was awarded based on approval from Victorian Trades Hall Council and that DJPR staff inappropriately approved contracts on the Secretary’s behalf.

Neither of these were borne out, the report concluded.

However, it found DJPR did not fully follow its procurement policies and procedures and breached market confidentiality when it contacted Trades Hall to discuss security services for the hotel quarantine program.

Mr Greaves noted that the COVID-19 pandemic put the state’s public servants under pressure to initiate and deliver projects quickly, and said staff at the agencies investigated blamed COVID for presenting challenges that hampered their compliance with procurement procedures.

Mr Greaves said critical incident procurement policies provide a framework so staff can be “flexible in their market approach” when expediting delivery.

“However, staff still need to uphold the basic principles of probity, integrity, impartiality, and transparency in procurement,” he said.

“Overall this review highlights the need for staff awareness and implementation of established procurement policies and procedures.”