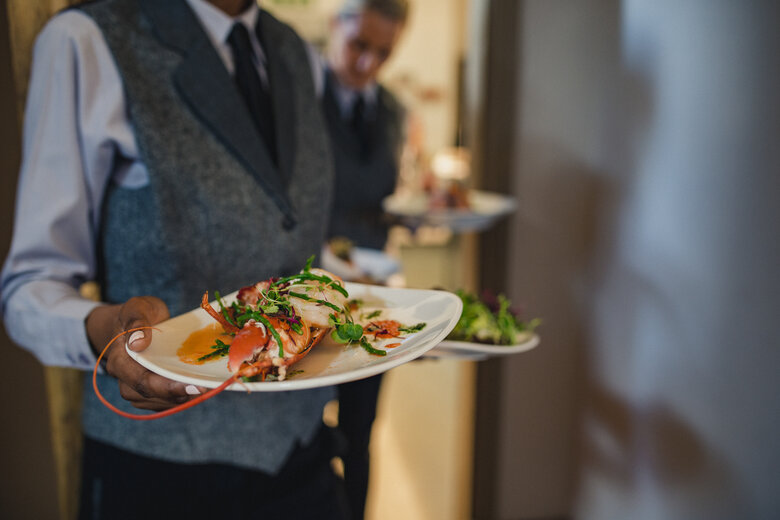 A report has found the CEO of a Victorian regional health agency claimed lavish meals as work expenses.

A former CEO of a Victorian regional health service misused their position in awarding a contract worth almost $1 million to a consultancy, a corruption probe has found.

The former CEO was in a relationship with the director of the consultancy, idenitified only as “Company 1”, at the time and the contract was awarded without a competitive procurement process.

Under the terms of the contract, work undertaken by Company 1 for the agency included booking flights and accomodation, selecting furniture, coordinating the AGM, buying gifts for board members and publishing the annual report.

The agency, identified in the report as “Agency A”, provides acute care, residential aged care, disability services and community services for regional communities.

But Victoria’s Broad based Anti Corruption Commission (IBAC) says the former CEO exploited weaknesses in the system for his own financial gain and that of close associates.

IBAC’s report on Operation Meroo says the former CEO also authorised payment of invoices to an electrical company owned by a relative – “Company 2” – several years after the work was claimed to have been done.

That included the payment of invoices to their relative’s company between 2012 and 2015 totalling around $74,000 for work purportedly undertaken in 2004, without verification.

The report says there were “multiple instances” where the former CEO and associates dined at a high-end Melbourne restaurant between 2010 and 2015, charging the expenses to Agency A.

The former CEO said most of the dinners were for entertainment related to their role as CEO.

An external financial review of entitlements ordered by Agency A claimed by the former CEO found expenses totalling more than $300,000, including travel, accommodation and meals.

IBAC also concluded that the former CEO claimed travel expenses although the primary purpose of the travel was personal.

In 2009, the former CEO visited a hospital in Bangkok, purportedly to tour the medical and accommodation facilities and study patient care management.

The cost of the trip came to around $20,000, and included business-class flights, five star hotel accommodation, a sight-seeing tour, a game of golf and a $656 lobster dinner.

The report, tabled to parliament on Friday, found the health service board failed to govern effectively or oversee the CEO, and had a culture that discouraged employees from speaking up.

IBAC also criticised the then Department of Health and Human Services for not acting despite red flags about the former CEO, who has since resigned from the agency.

IBAC Commissioner Robert Redlich says the failure of the former CEO to separate work-related and personal financial matters came at great cost to the health service.

“The health service’s Board did not act in the best interests of the agency as it failed to scrutinise the former CEO’s expenditure and did not hold the longstanding former CEO to account. The Board’s inadequate oversight helped facilitate the former CEO’s conduct,” he said.

“There are 81 public health services and public hospitals in Victoria,” he said.

“I urge public health services and other public sector agencies, particularly in regional or rural areas and those governed by boards, to consider the corruption issues outlined in the Operation Meroo special report and consider how they can mitigate these risks in their own agencies.”