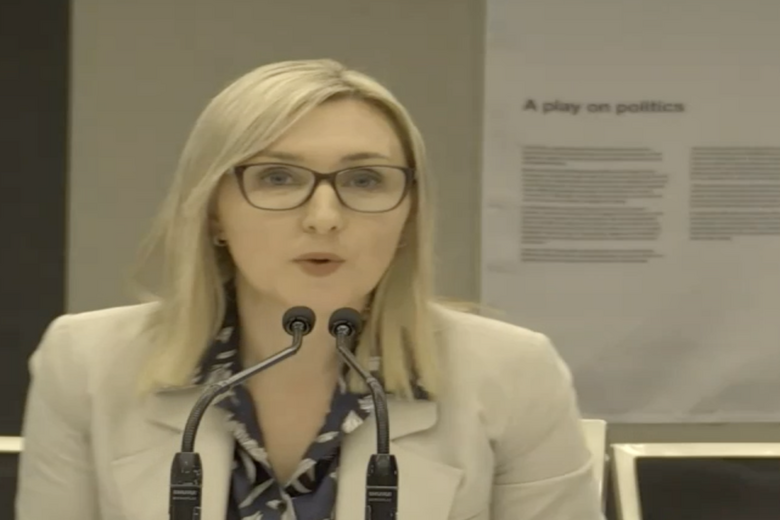 Senior bureaucrat Amy Brown says it's not up to her to comment on whether Mr Barilaro's appointment was suspicious.

Former NSW Deputy Premier John Barilaro says his role as a trade commissioner in New York is “no longer tenable” and he’ll be relinquishing the role.

It comes after a parliamentary inquiry heard that the head of recruitment for the job was instructed by the government to withdraw an offer made to a highly qualified public servant just days before it was handed to Mr Barilaro.

“It is clear that my taking up this role is now not tenable with the amount of media attention this appointment has gained,” Mr Barilaro said in a statement on Thursday.

“I stress, that I have always maintained that I followed the process.”

It was also revealed that Mr Barilaro had asked for advice about whether the appointment could be made directly by ministerial appointment, sidelining the panel selection process.

The evidence emerged on Wednesday during a NSW parliamentary inquiry into the controversial appointment of Mr Barilaro as Senior Trade and Investment Commissioner to the Americas, after senior public servant Jenny West was told she no longer had the job she’d been verbally offered.

The position was created by the former deputy Premier when he was trade minister, and was given to him three days before his resignation from parliament.

Investment NSW CEO Amy Brown, who led the recruitment process, told the hearing that Ms West was identified as the preferred candidate for the job in August following an initial selection process.

On September 6 Ms Brown was told that Mr Barilaro had asked for advice on whether a minister could make the appointment directly.

An Investment NSW email sent on September 21 said: “we are now asked to consider whether alternative methods could be employed, specifically we have been asked whether there is an option of ministerial appointments.”

On September 27 Ms Brown received a government direction to withdraw Ms West’s offer of the job.

“There was a first ranked candidate who was verbally offered the role, and then I was given a direction by government to cease the recruitment due to a change in government policy to convert the roles into statutory offices appointed by a minister,” she said.

Ms West was ‘extremely upset’ after hearing she was no longer considered the best applicant, Ms Brown said.

“The relationship declined quite quickly once she was informed that she may not be going to new York,” she said.

Ms West didn’t reapply in the second round of applications, which came after an apparent reversal of the previous attempts to change the appointment process.

The first round runner-up did reapply, but the job was still given to Mr Barilaro.

Mr Barilaro was told he had the job three days before his resignation from parliament on October 4.

“Minister Barilaro intervenes to get the process changed, causes the first candidate to have her role terminated … and four months later walks out with the job,” he put to Ms Brown.

“Can you give us a reason why we should not consider that to be a highly suspicious chain of events?”

Ms Brown replied, “it’s not for me to express an opinion.”

Ms Brown also confirmed she had communications with trade and investment minister Stuart Ayres who “mentioned casually” to her that Mr Barilaro might be interested in applying for the role.

Ms Brown said she didn’t investigate whether Mr Barilaro’s appointment breached the ministerial code of conduct prohibiting former ministers from getting a job in an area for which they have had portfolio responsibility within 12 months.

“I did not enquire with Mr Barilaro as to what steps he’d taken to satisfy himself as to his obligations,” Ms Brown said.

She also denied she had a conflict of interest in Mr Barilaro’s appointment given she previously reported to him when he was trade minister.

“I did not derive a personal benefit from making the appointment,” she said.

Ms Brown was promoted to secretary of the Department of Enterprise, Investment and Trade, the portfolio held by Mr Ayres, in January without application.