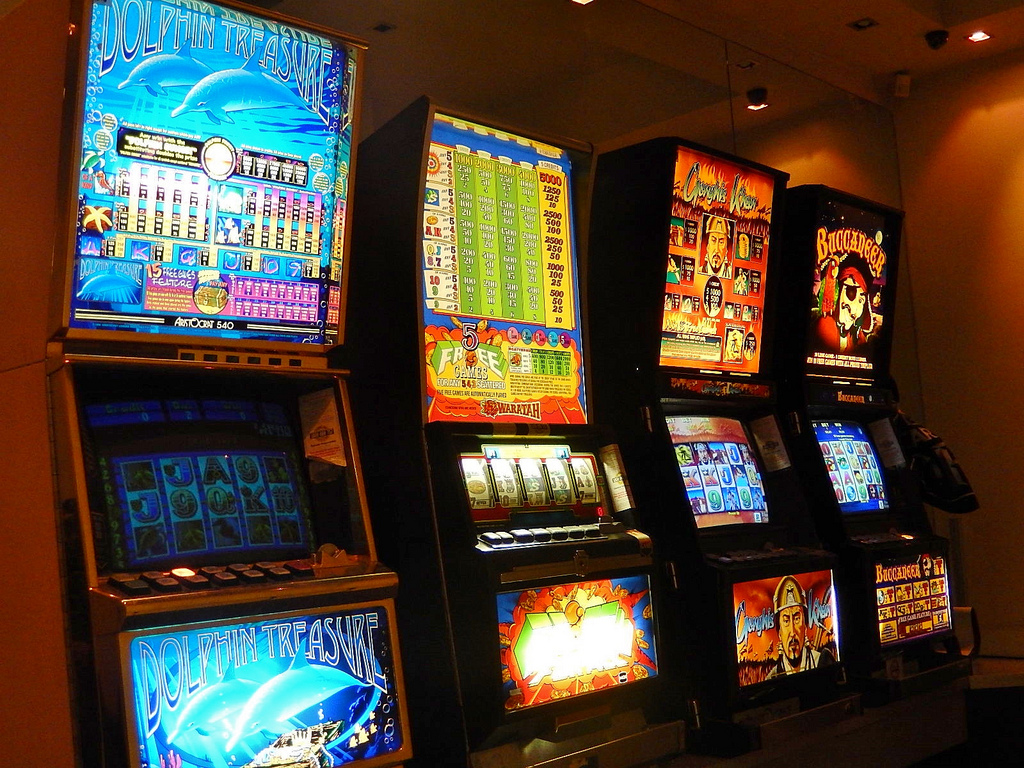 This article first appeared in the August/September edition of Government News.

A group of Victorian councils has hit out over what they claim is an uneven playing field for assessing applications to put more of electronic gaming machines in local communities. Paul Hemsley weighs the odds.

The dazzling lights and encouraging sounds of the rows of electronic gaming machines have a powerful allure for many patrons of local watering holes, but it’s the revenue they rake in that makes them the most liquid of assets for licensed premises.

After cementing a firm cultural foothold in pubs and clubs across the nation, there’s no denying that these days it’s often the money made off punters that keeps a doors open for licensed businesses rather than anything that comes in a glass.

As a well-organised lobbying bloc, venues that offer gaming have regularly argued that their very existence hinges on so-called pokie revenue, without which they would badly struggle to survive if just offering food, drink or accommodation. Although there’s many examples of the harm caused when gaming machines are used excessively, the fact remains that few businesses will let them go without and alternative source of revenue being found.

Venues also point to the fact that their businesses create real employment across the country, jobs which many young people often depend upon to gain valuable experience set themselves up in their early careers. But while there’s plenty of organised support, the growth of the gaming machines and their industry is being strongly challenged unopposed by activists and advocacy groups.

Often deeply passionate, the opposition is primarily motivated by the potentially high risk of harm that gaming machines pose to a communities with existing social and economic challenges where the last thing needed is a rise in gambling addiction. The havoc wreaked on families and relatives that find jobs, savings, assets and relationships sucked down into the cash bin of slot machines is undeniably real.

Application denied
The issue of problem gambling that hasn’t gone unnoticed by sectors that want the issue brought under control, one of which is the local government sector that plays a key role in the regulation of gaming machines. Although it differs on a state-by-state basis, establishments in Victoria are required to seek a planning permit and a gaming licence if they want to install or increase the number of gaming machines on premises.

A recent case in Victoria has led to a rift between the local government sector and the state government about the approval process of new gaming machines. It came to a head in April 2014 when the City of Monash expressed dismay at the fact that a local hotel had appealed a council decision to oppose its application to increase its number of poker machines.

When the local L’unico Hotel applied to boost its number of gaming machines by 25 per cent, the council opposed it on the grounds that the town of Clayton already had a high density of poker machines per adults. The council claimed that this was nearly twice the average in Victoria.

However the council was angered when the hotel’s application was approved by the Victorian Commission for Gambling and Liquor and Regulation and following council’s appeal, the Victorian Civil Administrative Tribunal (VCAT).

Much to the City of Monash’s frustration, the state government’s approval of the application was based on its finding that there would be ‘no net detriment’ to the wellness of the community. The Mayor of the City of Monash, Geoff Lake ferociously attacked the state government decision because he felt that the state had created an “uneven playing field” for the assessment of electronic gaming machines in local communities.

He said that “like many decisions made at the Commission and then rubber stamped at VCAT”, it was “ludicrously based” on the proposition that a private operator’s expansion of its licenced premises provides a benefit to a local community that outweighs the “various accepted detrimental impacts” of extra machines in a community.

“This is extremely out of touch. We feel the cards are stacked heavily in favour of gaming operators and that the concerns raised by councils and their communities are too easily dismissed,” Mr Lake said.

“The statistics tell the story. Last year there were 27 applications to increase or install poker machines in various communities across Victoria. Of these, only two applications were refused due to concerns raised by local communities.”

The council’s disapproval of the state government’s allowance of additional gaming machines led to Mr Lake meeting with 13 other councils from across the state to discuss how to tackle the issue.

According to Mr Lake, the councils unanimously agreed to press new reforms that would place significant pressure on venues to come up with reasons why the installation of additional machines would have no detriment to the community. One of the reforms agreed upon would be to “shift the burden from councils to applicants”, who would be to pushed to provide “more compelling and conclusive evidence” that there wouldn’t be a net detriment to the community through the introduction of additional gaming machines into a locality of venue.

Another reform would be to overhaul the way ‘net benefit/net detriment’ is considered through the development of new guidelines to provide an effective and “common sense” definition of what constitutes a ‘net benefit’ or ‘net detriment’. An ambitious but unlikely reform pushed by the convening councils would be to reduce gaming machine caps in disadvantaged areas. The councils suggested that caps should be introduced to limit the number of gaming machines within a suburb of below average Socio-Economic Indexes for Areas (SEIFA) score to be equal to or less than the state-wide average of gaming machines per 1,000 of the adult population.

Benefits test
When the City of Monash exercised its right to protest a state government approval decision which it argued was detrimental to the wider community because of consequences for problem gamblers, it logically raised questions as to what the benefits or detriments may actually be.

The Head of School & Professor of Clinical Psychology at the University of Sydney, Alex Blaszczynski says it is extremely difficult to assess the social impact of increasing gaming machines at one venue because it then “becomes guesswork”. He also muses what kind of harm is the council referring to, whether it’s somebody being upset, marital difficulties, physical assault, domestic violence or suicidal thoughts.

“It runs from minor inconsequential effects to severe impact on the family of the individual,” Professor Blaszczynski says.

Despite these detrimental effects that the council has tried to highlight, Professor Blaszczynski believes that the state government would favour the venue’s application over the council’s decision because the state retains up to 13 per cent of its revenue from gaming as it’s an “indirect form of taxation”.

On whether council has a role to play in intervention in these sensitive matters, Professor Blaszczynski says that a council has a right to do so if it identifies that a community is being detrimentally affected by increased harm that would represent a cost burden to the family and the quality of life of residents.

However the question arises as to how much impact local government intervention by limiting the number of gaming machines will have on the community. There are complex variables depending on the social-economic demographics of a community, but Professor Blaszczynski asserts that increasing the number of gaming machines in venues will actually lead to an increase in the number of people participating. This would in turn lead to an increase of people experiencing problems in excessive gambling, Professor Blaszczynski says. He estimates that each additional machine would lead to an increase of 0.8 of a problem gambler, but cautions that this number is subject to the base level of how many machines there are to start with  ‑ and what the population is that is using that venue.

For example if a venue installs 400 machines, it’s unlikely that there will be 100 per cent occupancy on all machines, Professor Blaszczynski says.

“It comes down to whether people want those additional machines at those particular venues,” he says.

“If it’s in a lower socio-economic area, then you’re likely to suggest that people will start to complain of an increase in problem gambling, but that is subject to population, the number of machines and how popular the venue is.”

Professor Blaszczynski also believes that the question of whether capping the number of machines will drive people to online gambling is one that hasn’t been satisfactorily answered. He says a proportion of people will move from traditional to online gambling, “but the evidence would indicate that they’re two separate populations.”

“People attend venues for social reasons, for the environment and the atmosphere, and those people who go through the internet tend to be more male, more semi-professionally employed,” he says.

“There’s a very small overlap between the two populations, so I would doubt very much whether there will be significant migration to other forms of gambling”.

Professor Blaszczynski illustrated a potential capping of gaming machines, saying that if a venue has 40 machines, a reduction to 35 might not make much difference.

“The assumption is that at any particular point in time, there’s not much occupancy of those machines, so there’s some degree of tolerance,” he says.

But if a venue drops down to only five machines in the whole premises, then those machines would likely be under constant use and probably used by more frequent gamblers.