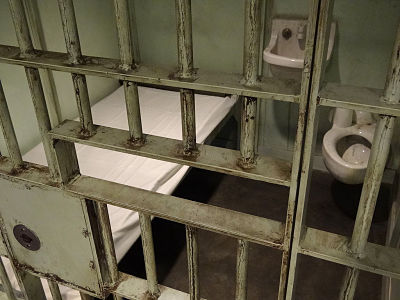 Forget luxury apartments, prisons are primed become the latest residential building boom in New South Wales after the Baird Government announced it will spend $3.8 billion to create 7000 extra ‘beds’ for the state’s soaring inmate population that has pushed existing facilities to breaking point.

The big cash splash on jails, to be spent over four years, was revealed ahead of the forthcoming NSW Budget, with Treasurer Gladys Berejiklian and Corrections Minister David Elliot saying the spend will fund “a long-term infrastructure plan to cater for the rising prisoner population and better manage and rehabilitate inmates.”

The NSW prisons building program is so big that Corrective Services has hired the former head of construction at Australia’s largest privately-owned construction company Grocon, Dr David Sweeny, “to oversee the delivery of the prison infrastructure program.”

Incarceration numbers in NSW have been steadily rising over the last decade thanks to a combination of tougher bail laws, mandatory sentencing requirements and improvements in forensics and crime detection technology, all helped by so-called ‘law and order auctions’ between politicians.

The Bureau of Crime Statistics this year put the NSW prisons population at 12,390,

The pressure is so bad that authorities are reportedly looking at importing specially modified shipping containers converted into modular cell block ‘pods’ to absorb soaring numbers, a purchase that Mr Elliot has acknowledged as an option but is yet to confirm.

One of the biggest builds will be in the regional city of Grafton, where a jail originally slated to house 1000 prisoners has now been expanded to house 1700.

Mr Elliott said four high-quality Expressions of Interest for the New Grafton Correctional Centre had now been received and three consortia subsequently invited to bid in through a Request for Proposal process.

Much less clear is what will become of Sydney’s infamous Long Bay jail, that sits on prime waterfront property in the south eastern suburb of Malabar that is potentially worth around $500 million is disposed of by the government.

Despite the original Long Bay jail being more than 100 years old, the position of the sprawling complex, which includes a recently completed forensic hospital, already has property developers excited about a big release of land so close to the city.

A serious challenge for the government, prisoners and their families and communities is that the many of the state’s major prisons date back to the Victorian era making them expensive and difficult to convert to modern standards.

Faced with stiff local community and developer pressure, the Baird Government this year dumped a proposal to reactivate the historic 30 hectare Parramatta Gaol precinct which had previously been zoned for redevelopment.

The high value of land in or close to Sydney means authorities have effectively run out of sites for new prisons close to the city and are now looking to regional areas for new builds, a situation that makes it difficult and more expensive for families of those serving sentences to visit them.

Meanwhile, older mothballed jails including the Kirkconnell Correctional Centre near Bathurst and the historic Berima jail have been reopened to take pressure off the system.

Still up in the air is whether a new privately operated ‘super prison’ complex, that could potentially hold 5000 inmates, will be built at Wollondilly to replace Long Bay. The proposal has been attacked by the area’s local Liberal MP, Jai Rowell, as a “stupid” idea as around 35,000 new homes are planned to be developed in the area.

Privately operated prisons have become an increasingly popular option with state governments across Australia because private operators take on much of the financial and operational risks of developing the facilities.

Many legal and human rights advocates oppose the development of the private prisons industry, arguing the introduction of for-profit operators into the justice system creates a perverse incentive to grow prisoner numbers rather than putting downward pressure on them in the wider interests of the community.

One thought on “Prisons become a new $3.8bn building boom”