The cargo contained three different types of cannabis oil from Canadian company CanniMed, each designed to tackle different symptoms and retailing for about $350 a bottle, which should last patients about a month.

The federal government gave the go ahead for companies to grow and manufacture medicinal cannabis late last year but it will still be a while before patients can access Australian product, said Health House Director Paul Mavor.

Mr Mavor said it would take some time for companies to get permission to set up their operations and then get them reinspected and licensed.

“Within 12 to 24 months we will be starting to see some really good [Australian] product and hopefully we will be exporting that,” Mr Mavor said.

Australian product should be cheaper for patients as there will be much lower shipping costs and no freight duties but this will also depend on domestic (and possibly overseas) demand and whether companies can achieve economies of scale.

Around 100,000 Canadians currently use medicinal cannabis and Mr Mavor is predicting about 70,000 Australians will eventually follow suit.

Interestingly, Mr Mavor said that he had been speaking to some private insurance funds who had indicated they may be interested in subsidising the drug for some people, for example, those involved in car crashes or war veterans, because it could keep them out of hospital and keep costs down.

In a few years it is possible that medicinal cannabis will be listed under the Pharmaceutical Benefits Scheme, once it has been tested in the local market, says Mavor.

“It is likely. Some conditions that some patients are using medical cannabis for, they don’t have any other options.”

Cannabis is cost-effective because it has five different uses in one hit: it can relieve nausea, vomiting, anxiety, insomnia and chronic pain. 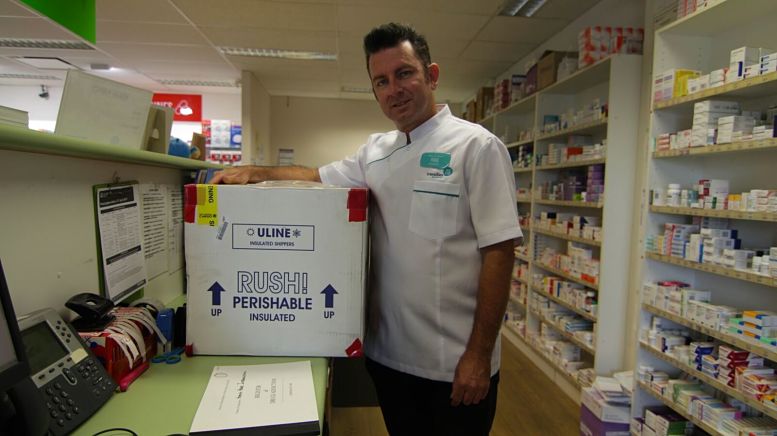 But Mr Mavor said while demand in Australia is strong, the process for prescribing medicinal cannabis had been made torturously difficult by the federal government, which has left states and territories to set their own rules.

Many demand that patients get approval from both the federal and state or territory health departments because the drug is listed as a Special Access category B drug.

Federal legislation to make the drug category A, which would have allowed doctors to complete online form and obtain instant approval, was blocked in the senate this week by Pauline Hanson’s One Nation and the Nick Xenophon team.

Australian Greens Leader Dr Richard Di Natale said he was deeply disappointed that politicians had put the needs of terminally ill patients second to “their own political games”.

“Patients are currently waiting weeks and sometimes months for access to these treatments. This motion could have reduced that to a day or possibly hours,” Mr Di Natale said.

“For some of these patients, speedy access to medicinal cannabis is the difference between being able to eat or wasting away. These changes add time, stress, and difficulty for terminally ill patients accessing medicinal cannabis.”

Mr Mavor says the strictest prescription regime is in Western Australia, where a huge amount of information is demanded and approval must be sought from federal and state health departments and from the practitioner’s ethics board.

He said the easiest system was in South Australia, where doctors could prescribe the drug for two months for patients at any one time and Queensland, Victoria and NSW were passable.

Once prescription problems are ironed out the industry looks set to have a bright future ahead of it.

David Russell, Chief Operating Officer of Creso Pharma said the first successful import of medicinal cannabis products into Australia was “a ground-breaking moment for patients and the medical industry”.

“The Australian market has been catching up with community expectations while the regulatory framework around medicinal cannabis was being developed,” Mr Russell said.

“Now these products will allow patients to have the option of medicinal cannabis treatments if it is prescribed by their physician. This is particularly important given the unmet but often immediate need to access a timely medicinal cannabis supply across Australia.”

To be prescribed medicinal cannabis products, patients must see a physician who is an authorised prescriber, or apply for SAS Category B prescription under the Therapeutic Goods Administration regulations.