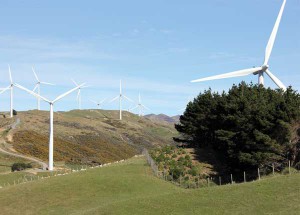 The Federal Government’s increasingly strident campaign to recast the renewable energy sector in its own image is placing at risk the funding that many local councils have been depending upon to finance low energy schemes, many of which have saved significant amounts of money for ratepayers.

After failing in its bid to abolish the profitable and popular Clean Energy Finance Corporation (CEFC) because of entrenched resistance in the Senate, the Abbott Government is now seeking to restrict its activities.

The latest directive issued late last week represents an effective prohibition against financing wind energy and small scale solar PV, on the basis that the CEFC should only finance new technologies.

The Labor Opposition and the Greens have immediately attacked and ridiculed the latest attempts to hobble the CEFC. Greens Senator Scott Ludlam called it “an extremely vindictive form of industrial sabotage.”

ALP environment spokesman Mark Butler said: “The government is effectively blood-letting the CEFC since its attempts to abolish it have been fruitless, putting thousands of Australian jobs and billions of dollars in investment at even further risk.”

Many in the clean energy industry have bemoaned the strong negative signal the Government’s ongoing crackdown on the renewables industry is sending to potential investors.

But also at clear risk are the loans the CEFC has been making to Australia’s 565 local councils for schemes which have saved significant amounts of energy, carbon emissions and money.

The CEFC devotes a whole section of its website to its achievements in financing various local government energy efficiency projects. They include:

Under the new CEFC guidelines, none of these would have been financed, as they involve existing technologies. The CEFC has been working with major financial institutions to develop finance programs that are available to councils to cover all, or part of, the upfront cost of energy saving projects.

They are designed to “enable local governments to realise the benefits from these projects through reduced energy and operational costs without the extra burden of sourcing upfront finance,” says the CEFC’s CEO Oliver Yates.

“Councils and their ratepayers pay the energy and maintenance costs of street lighting even though they do not own the assets. We’re helping councils reduce those costs by providing finance to enable them to create outcomes that benefit their communities.”

The CEFC has a $100 million co-financing arrangement with Commonwealth Bank to provide loans designed for local councils and not-for-profit organisations such as schools, hospitals and sporting organisations. It says its Energy Efficient Loan program suits projects of up to $5 million and can be used to cover the full value or part of a project. The program is available nationwide for projects that meet CEFC eligibility criteria.

The trouble is, those eligibility criteria are changing. The new guidelines contained in a letter sent to the CEFC by Treasurer Joe Hockey and Finance Minister Mathias Cormann last week say investment should not be made in “mature and established clean energy technologies, including extant wind technology and household and small-scale solar.” About a third of all CEFC investments have involved small-scale solar, including many to local governments.

The Coalition Government also shut down the former ALP Government’s Local Government Energy Efficiency Program (LGEEP) after being elected. Under the scheme, $6.8 million was granted to 214 LGAs to install solar and heat pump hot water systems in a range of buildings and facilities.

Most state governments have some sort of clean energy programs, most of which are making grants to local government, such as NSW’s Regional Clean Energy Program (RCEP). The Victorian Government has a number of schemes through Sustainability Victoria, and now wishes to establish a renewable energy target for the state, which is not possible under current Federal legislation.