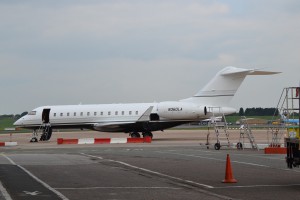 A celebrity squabble between Agriculture Minister Barnaby Joyce and actor Johnny Depp over a serious breach of Australia’s biosecurity laws has officially turned into a national political dogfight over how the heart-throb’s pair of private jet-riding pooches — Boo and Pistol — managed to evade quarantine until they made it to a grooming salon.

Shadow Minister for Agriculture and Rural Affairs Joel Fitzgibbon has raised his hackles over the affair and accused Mr Joyce of trying to deflect attention away from funding cuts to quarantine authorities by threatening to destroy the “two cute puppies” as a wave of hysteria flooded social media over the future of the dogs on Thursday.

“The Agriculture Minister held a press conference today to threaten Johnny Depp that he would [euthanase] the dogs if they weren’t flown back to the United Stated immediately,” Mr Fitzgibbon said.

“How was the breach of our border security allowed to occur in the first place? By Barnaby Joyce’s own admission, the undeclared entry was only detected when the dogs were seen entering a “poodle groomer”.”
As the standoff over the deportation of the dogs continued, Mr Fitzgibbon said Mr Joyce should be answering the hard questions about the breach and what role his biosecurity funding cuts may have played.

The question of why nobody stopped the dogs at the airport is certain to be raised by the Opposition during forthcoming Senate Estimates sessions where departmental officials will almost certainly be grilled over whether airport resources were cut.

State politicians are also sink their teeth into the debate. Queensland’s Treasurer Curtis Pitt quickly pounced on the matter, saying that Depp deserved no special treatment.

However the state Treasurer also strongly indicated he did not believe the dogs should be killed.

The Queensland government has good reason preserve Pistol and Boo: Depp’s movie — Pirates of the Caribbean: Dead Men Tell No Tales — is reported to be the largest film production yet staged in Australia with an estimated budget of US$250 million according to industry bible Inside Film.

The government also reportedly swung the deal for the Port Douglas location aided by around $20 million in tax incentives offered to Disney.

But Depp’s pets are far from the only biosecurity issue to confront producers, with quarantine periods for monkeys used in the film also reportedly causing problems for producers.

However the tacit threat to potentially seize and destroy Johnny Depp’s dogs is likely to be more ministerial growling than bite. Although the government has the power to grab the celebrity pets, it is also understood it has the discretion to forcibly relocate them.

Although Mr Joyce has said it is time for Depp’s dogs to “bugger off” his department — to which the unpleasant task of seizing the animals would ultimately fall — is keeping any rhetorical flourish on a very short leash.

“Any animal which is imported without meeting Australia’s import conditions will be ordered into quarantine and will either be exported or euthanased,” an official statement from the Department of Agriculture on the Pistol and Boo incident said, without naming the actor or the hounds.

“The dogs have been ordered into quarantine and the owners have been advised the dogs must be exported within 72 hours. Private jets are subject to the same strict biosecurity requirements as any other aircraft or vessel entering Australia.”

A change.org petition started to save the dogs had attracted almost 3000 supporters on Thursday afternoon.