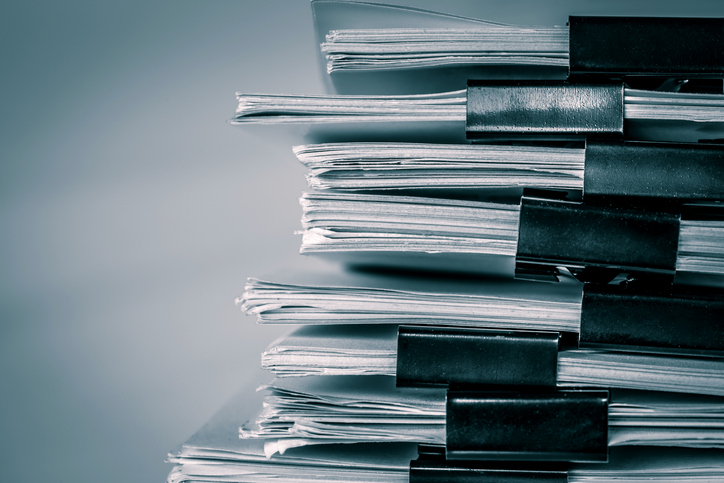 About four in 10 people have contacted at least one government agency in the past three years seeking information.

Citizens highly value the right to find out government information, and government departments and agencies should make better use of technology to ensure they provide access to it, the NSW Information Commissioner says.

Research conducted as part of Australia’s Second open Government National Action Plan, and released to coincide with Right to Know Week, found that across the states and capital territory, 84 per cent of Australians valued the right to information, with more than half (52 per cent) considering it very important.

About four in 10 respondents had contacted at least one government agency in the past three years to gain information.

Elizabeth Tydd, NSW Information Commissioner and CEO of the Information and Privacy Commission, says the “greatest headline takeaway” from the Information Access Study, the first cross-jurisdictional study of community attitudes to access to government information, is that departments and agencies should never under estimate the value citizens place on the right to know.

“One of the very pleasing outcomes for all of the commissioners who participated was that there was a … high level of value ascribed to the importance of it,” she told Government News.

Making more effective use of technology

The survey found the percentage of people across Australia who said they were able to access information varied depending on which state they were in. Those in the ACT, the nation’s centre of government, had the lowest success rate, with only 60 per cent saying they had total success in attempting to access information. WA recorded the highest success rate at 91 per cent.

The ACT also recorded the lowest percentage of people who had tried to access information, at just 15 per cent. NSW had the highest at 40 per cent. Thirty-seven per cent of all Australians had attempted to gain information.

Meanwhile, of those surveyed, people in the capital territory also had the lowest level of knowledge, with 77 per cent saying they were aware of their right to information, although 87 per cent of people nationally were aware of it.

Better use could be made of technology to improve access, Ms Tydd said.

“There are great technologies to ensure access to information and also to ensure that citizens know about consultation processes and are more actively engaged,” she said.

These include a a variety of tools, including social media and software that offers voting options for citizens, Ms Tydd said. 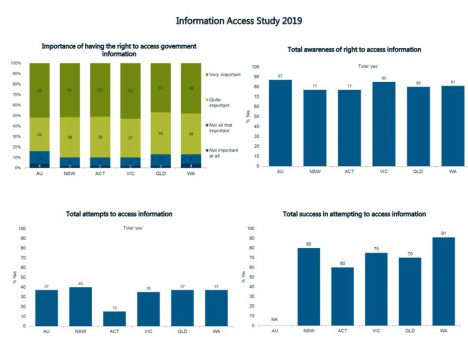 The research found that government agencies were generally helpful when citizens approached them, with 60 per cent of those surveyed saying that they were ‘very helpful’ or ‘quite helpful’, Ms Tydd said.

“So ensuring that we seize the opportunity that we have… that can be very effective in providing services,” she said.

“So long as we ensure that we leave no one behind, and that we build in access to information so that citizens can assert that right with confidence.”

Young people were most likely to contact a government agency for information.

“That tells us that there are expectations, legitimate expectations, on this younger generation who are genuinely interested in knowing how government works, finding out about information held by government, participating in decision making,” Ms Tydd said. “I think that’s really heartening.”

The Information Access Study 2019 was conducted by Woolcott Research for the Commonwealth, the ACT Ombudsman and commissioners from NSW, Victoria, Queensland and Western Australia.

More information about Right to Know Week can be found here.