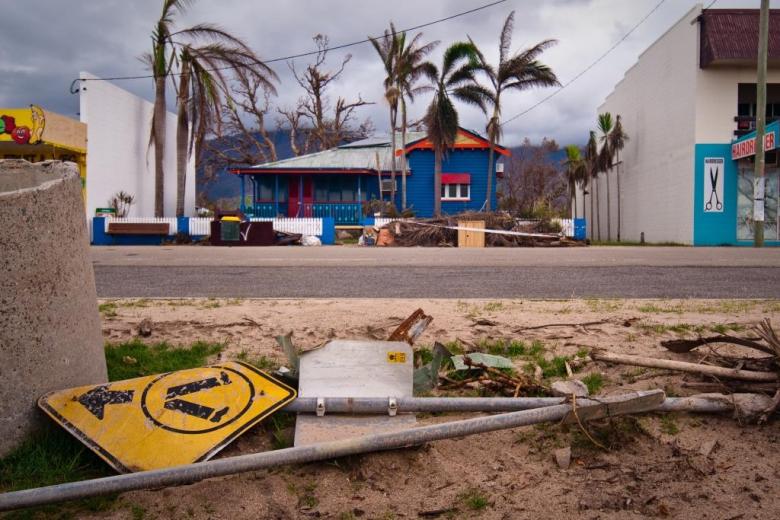 Cyclones and tornados have shown how vulnerable some Queensland communities are.

From highly-equipped communities to new disaster dashboards, councils are focusing on preparedness and information in their approaches to emergency management.

After a tornado ripped through Burrum Heads in 2013 leaving it isolated and without power for three days, the coastal Queensland community of some 2,000 residents knew it needed to better prepare for major emergencies.

Today the town’s community centre is geared up with a generator, radio and first-aid and evacuation kits while volunteers have drafted a list of vulnerable residents who have nominated themselves as needing assistance in an emergency.

Burrum Heads is one of 14 small coastal communities that are vulnerable to becoming isolated in an emergency and are taking part in a unique preparedness program initiated by Fraser Coast Regional Council.

“What we’ve done is enabled and empowered these communities,” says Rolf Light, chair of the council’s local disaster management group.

The Community Coordinator Centres program largely came about after the tornado that rocked Burrum Heads illustrated how vulnerable small coastal communities could be.

“They had a horrendous tornado rip through the town which caused extensive damage and left them without power for several days. We didn’t have this program then… the one thing people were saying was they needed information.

“If something like that happens now the community can get their generator going, we can talk to them on the radio, keep them updated and find out what their critical needs are.”

As well as providing the communities with the essential equipment, the program also trains local residents in how to use it, as well as how to man evacuation centres more broadly.

“Of course, there are different levels of enthusiasm and interest across the communities. Burrum Heads is a standout – they have assigned portfolios with people responsible for looking after different areas like communications, evacuation management and catering.

“They’ve taken it one step further and gone out into the community and developed a voluntary, confidential vulnerable person list – so if a first responder goes into Burrum Heads they can immediately get that list of vulnerable people and their medical conditions. That’s pretty powerful,” he says.

The program, which has been rolling out since 2014, is about to expand to 15 communities, Cr Light said.

“Often people think that in our society, government has to do everything for us. But after a number of big events that we’ve had, people have realised they could be on their own for a few days.

“I’m pretty blunt with communities and tell them they should have provisions for up to five days because if we have a situation with multiple emergencies the fact is we can’t be on the white horse riding into your town straight away.”

Reflecting a growing trend among local government in Australia, Fraser Coast has also recently launched an online disaster dashboard – a single source of key information for residents during an emergency.

“During severe weather events, council’s phone lines can often become congested quickly, so the earlier people get the information they need, the better chances they have to avoid potentially dangerous situations,” he said.

Similarly, Isaac Regional Council found that a cyclone event last year highlighted the importance of having a single source of information for the public during emergencies.

With 17 communities spread across 58,000 square kilometres from the coast to the coalfields, the council realised that maintaining connection and information flow to residents, as well as to key local sectors like mining and agriculture, was critical, Cr Vea Vea told Government News.

“We found that we can be talking to someone in rising flood waters on top of a school in a remote area and our communications will drop out. Communication across the region is extremely important for us,” she says.

The region has 26 working coal mines which often means considerable movement of people across large swathes of area, she says.

“It’s important we can provide as much information as succinctly as possible to industry players, so they can communicate to their people travelling across the region for work.”

Don’t miss our upcoming special report on council approaches to emergency management and resilience. If you know of an innovative approach we should cover, get in touch: editorial@governmentnews.com.au