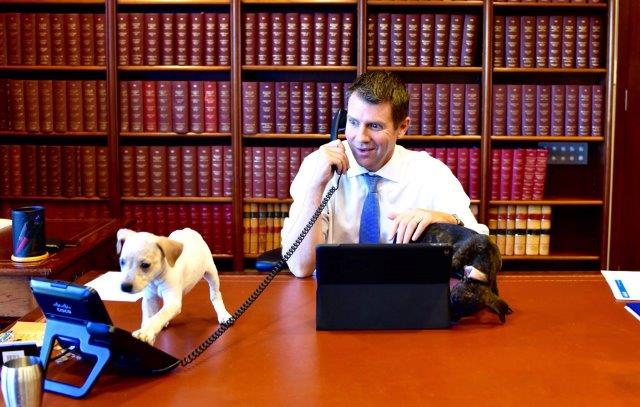 General managers of NSW councils slated for mergers have been asked to send in their CVs if they want to be part of an interim council, as State Premier Mike Baird doggedly advances his plans to chop 40 of the state’s 152 local councils.

Deputy Secretary of the Department of Premier and Cabinet (DPC) Simon Draper wrote to GMs last week asking them to flag their interest in applying for a 12-month interim role on new, larger councils by April 13, despite the fact that general managers are not employed by the state government but by the councils they work for.

The government did not provide any details about salary, job description, contracts or performance management but promised to provide these “in due course.”

“Once expressions of interest (EOI) are received they will be evaluated and this may lead to further assessment and evaluation process,” said the letter.

The Department previously asked councillors to do the same thing, giving them until April 15 to respond.

The new roles on interim councils are likely to start around June 2016, although local government elections for merging councils are in March 2017. New councils generally get the choice to ratify appointments or make another.

Mr Draper requested a CV and a two-page covering letter from general managers and asked that they answer two questions:

1. What approach have you taken in the past to lead significant organisational change?
a) What key outcomes did you achieve and b) how did you lead and consult with staff?

Local council general managers are normally entitled to 38 -week’s salary when their contracts are terminated, meaning the bill could easily tip into the millions.

Mr Rhoades said: “You can bet your bottom dollar that the tab will be picked up by ratepayers, not the government, even though they’re the ones making the decisions. The government is dictating who will and who won’t work in local government.

“It’s decision making on the run. You just don’t know what’s next. They have just lost control of it.”

The letter comes as the council merger process remains in a state of flux with reports not yet finalised by delegates in charge of public inquiries into mergers and the Boundaries Commission yet to hand down its recommendations to NSW Local Government Minister Paul Toole.

Local Government Professional CEO Annalisa Haskell said the organisation had written to the Department requesting an extension to the 13 days general managers had been given to apply.

Ms Haskell said: “They only got 13 days to respond, which was a lot shorter than councillors and they have been given limited information which is concerning.”

She added that she was exploring the implications of the EOI for general managers.

Council amalgamations have become a living nightmare for the state government.

There are 45 different merger proposals currently on the table – some of them directly clashing – and two councils have mounted a legal challenge to the government’s authority to force mergers under the Local Government Act.

Ku-ring-gai Council heads to the Supreme Court tomorrow (Tuesday) in an attempt to force the government to release the full KPMG report on council mergers, which has been the government’s primary source of justification for the mergers but only partially made public.

Meanwhile, Liberal councillors and MPs in a number of blue-ribbon Liberal seats have loudly voiced their objections to the process, many opting for outright rebellion against the government.