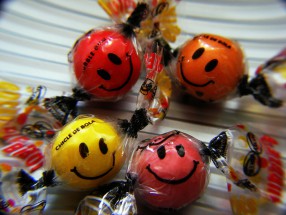 This article first appeared in the October/November 2014 edition of Government News.

Tooth loss due to caries (dental decay), non-carious tooth loss and subsequent replacement of failing restorations has been and is the greatest proportion of a dentist’s work.

While water fluoridation across most of Australia has had significant impact on improving oral health, by itself, it is not enough.  As the major cause of decay and non-carious tooth loss is preventable, public oral health policy must address its causative factors – poor diet.

The role of dietary carbohydrates in the causation of dental caries is well documented. The caries process involves the uptake of carbohydrates by bacteria in dental plaque to produce acids. These acids cause the pH of dental plaque to fall below the critical level leading to demineralisation of tooth structure and subsequently dental caries in susceptible individuals.

The form and frequency of sugar intake are significant factors in causing caries. Consumption of foods that combine simple carbohydrates and food acid can be particularly destructive to teeth. Not only does diet have an impact on oral health, it plays a significant role in health issues such as obesity and cancer. Nearly one in four Australian children is overweight or obese.

Causes of non-carious tooth structure loss include the exposure to acid from the consumption of soft drinks, sport drinks, fruit and fruit juices.

According to ‘the Parent’s Jury’, an initiative of Cancer Council Australia, Diabetes Australia-Vic, The Australian and New Zealand Obesity Society, Victoria Health, and YMCA –Victoria:

Currently marketing to children in Australia is governed by a mix of statutory regulations, and regulations that are jointly administered by the television, advertising and food industries. This is a mix of government regulation and voluntary self-regulation.

Currently, the only legally enforceable statutory regulations around TV advertising to children are the Children’s Television Standards (Standards). The Standards are administered by the Australian Communications and Media Authority (ACMA); however the provisions apply only to advertisements that are screened immediately before, after and during programs rated for children and for pre-schoolers.  ACMA does not allow companies to advertise unhealthy food to children from 7am to 8.30am and 4pm to 8.30pm on Monday to Friday, or 7am to 8.30pm on weekends.

The problem is that most children under 14 years of age watch TV shows that are not rated C (for children) and P (for pre-schoolers). This means that at the times of day when the largest number of children watch TV, the advertising that airs at those times is not regulated by the Standards.

In addition to the Standards, there are various other codes governing advertising to children. These codes are self-regulatory in nature, and developed and administered by the television, food and advertising industries.

The Cancer Council (NSW) has been trying to influence government since 2009 with no substantive changes and is now demanding government regulate food industry advertising. The Cancer Council (NSW) studied 1,733 food advertisements aired on commercial television between 6am and 9pm during a two week period in 2011. The study found that four out of ten foods that met the food companies’ definition of healthy failed the Food Safety Australia and New Zealand nutrient test. The Cancer Council (NSW) declared that these results “reaffirm that the current self-regulatory codes do not work.”

Many food companies adhere to a voluntary system, the Responsible Children’s Marketing Initiative, under which they determine their own nutrition criteria to decide which foods are appropriate to market to children.  Companies can set their criteria low enough to allow junk food to be advertised to children.  This could be said to be putting the fox in guard of the henhouse.

Studies investigating self-regulation have shown self-regulatory codes are limited in scope and allow continued advertising of unhealthy foods at times when a large number of children are watching television.

Mandatory regulations according to government standards would be much more effective at reducing the advertising of sugary and fatty foods than self-regulation.

The common ground and major factor in preventing these general health and oral health issues is diet control. While individual responsibility and education definitely play a role in informing health diets, industry and marketers too should be required to fulfil their responsibilities.

Underpinning these recommendations is the public policy principle that children deserve to be protected from the potential harms of food marketing and parents deserve to raise their children in an environment that is conducive to the development of healthy eating practices.

Despite all of the proven research, initiatives and hard work of these organisations there is still no adequate government regulation. Why invest in dental schemes to give children access to treatment if measures are not being taken to prevent the diseases from occurring in the first place?

At the Commonwealth level, the Child Dental Benefits Scheme (CDBS) has to date seen considerable take-up. From January – June 2014, the CDBS has provided more than 1.9 million dental services to children at a cost of over $124 million.

While the CDBS seeks to deliver dental care to needy children, it does not deliver as effectively as it could. For example, the CDBS range of preventive services does not include oral hygiene instruction and dietary advice, both of which play a critical role in prevention. This gap in the CDBS fails to see the opportunities identified by the former Health Workforce Australia’s comprehensive supply and demand study of the oral health workforce – ‘Health Workforce 2025 – Oral Health’.

This yet to be published report states that there is an oversupply of the dental workforce that will continue until 2025. If the CDBS was extended to ensure full and comprehensive treatment, eligible children will be able to receive the complete care they need by a ready and already available dental workforce.

Other than looking at improving Australians’ oral health through government schemes for dental services and measures that support the dental workforce, food marketing is another area of public policy where action must be taken.

The Australian Dental Association (ADA)’s Policy Statement on Community Oral Health Promotion: Diet and Nutrition acknowledges the role of dietary carbohydrates in the causation of dental caries. The ADA’s Policy Statements can be found at http://www.ada.org.au/about/policies.aspx.

This begs the question: when will government recognise and act to promote beneficial dietary behaviour?

The Australian Dental Association is an organisation of dentists which aims for the encouragement of good public health and the promotion of the art and science of dentistry.

One thought on “Dentists bitten by food marketing”