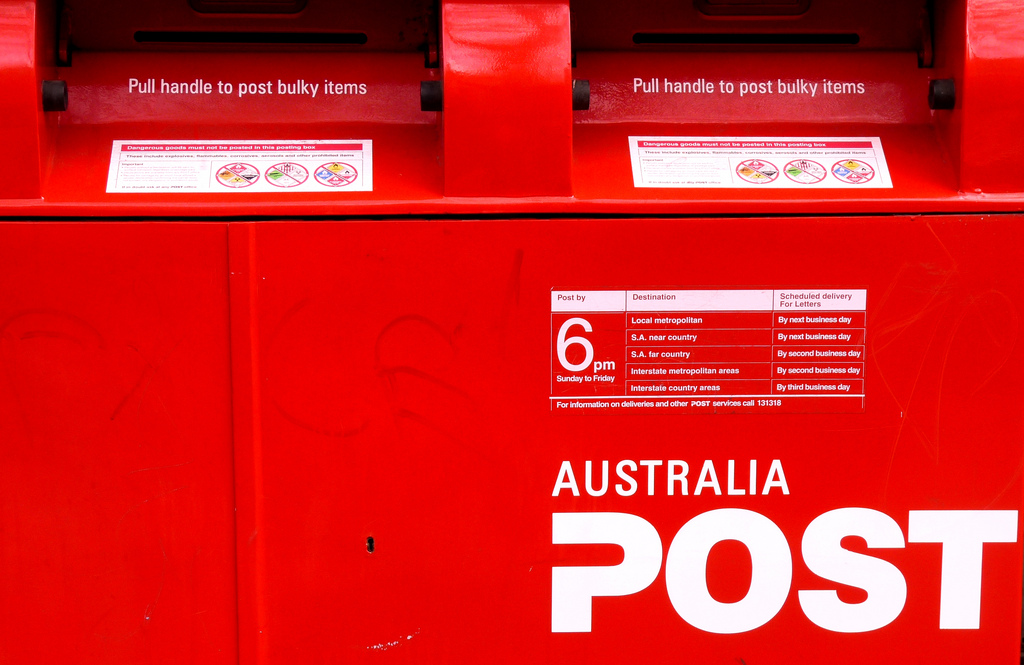 It’s not so much the beginning, but the middle of the end for Australia Post chief executive Ahmed Fahour and paper mail in Australia, as well as the thousands of posties who deliver each day.

Twenty years after the internet started to revolutionise business, the man on a +$4 million public sector salary has spelled out the grim future for hand delivered envelopes to the Australia Israel Chamber of Commerce as the once flush monopoly attempts to revive its fortunes.

It’s a pay packet many finance executives, and possibly Treasury would blush at, and many are questioning why the former banker’s remuneration is not falling in line with financial performance.

But the big question is whether and why Post is making a play for around $30 billion in payments processing put out to market by the Department of Health and Medicare.

Although the issue was left unanswered in Mr Fahour’s speech, the Australian Financial Review has reported that Mr Fahour has confirmed Post is actively seeking the work.

If successful, a Medicare deal for would raise plenty of thorny issues, including whether the Abbott government is serious about overhauling the technological infrastructure of the public service by adopting what works in the private sector.

Despite plenty of tough talk about private sector engagement and outsourcing in the Commission of Audit, a deal for Post could mean that the public sector will be, at considerable expense, sending the work from one government organisation to another as the payments processing work would be punted from the Department of Human Services to the GPO.

At around $30 billion, the size of the Medicare deal is uncomfortably underweight in commercial terms for the wider payments industry, where volume is the core element in driving down costs.

The lightweight number could realistically play out to make Post the only serious major bidder for the Medicare work, because the remainder of Department of Human Service’s circa $150 billion payments volume is not (yet) in play.

If Post was to emerge as the sole serious contender, it would raise questions as to how Health Minister Peter Dutton can obtain value from the deal given the apparent lack of competitive tension. There’s also the strange logic of one government organisation selling work to another to ostensibly realise an efficiency that some government sources believe smacks of bureaucratic empire building.

The Howard government had previously explored the notion of buying-in payments processing capacity  – essentially pumping money from one account to another – from banks, but the idea stalled on the back of electoral sensitivity in the run-up to the 2007 election.

A complicating issue then was that despite substantial courting, there was simply little commercial interest from banks because they had already divested electronic payments processing for bill payments direct from bank accounts to low-cost utility provider BPAY a decade earlier.

The comparatively small size of the Medicare and PBS payments volume supposedly on offer to the market is glaringly revealed by the fact that BPAY shunts around $23 billion per month, while Health seeking to auction off $30 billion.

As big as those numbers outwardly seem, the clip to be made is far smaller because wholesale pricing in payments is factored on a low flat rate with additional value added retail margin added in later.

For example while a credit card transaction might extract merchant acceptance costs of around 1 cent for every dollar, direct payments have wholesale rates of around 40 cents per transaction, making them hugely more cost effective for receivables like bill payments, a business Post is aggressively targeting.

That equation means any real saving for Health would need to come from pushing the cost per transaction for Medicare and PBS payments down below where they stand now.

It’s a pretty slim proposition in terms of value, but the real bottom line is that Post just has to do something else than deliver the mail to not go out in a box.

He also conspicuously pointed the finger at the government as one of the biggest stamp lickers now sending the Postal service into the red.

“It’s important to understand that the vast bulk of our mail is sent by business and government. . . 97 per cent of our mail is either transactional or promotional in nature, Mr Fahour said.

He didn’t say how much volume came from Canberra, but it will be a lot.

Aggravating that scenario is the fact that much of Post’s transactional mail volume, essentially bills, has been heading to BPAY’s bill representation service which Post’s digital mailbox is effectively trying to replicate to claim market share.

Mr Fahour has been heavily pressing home Post’s potential to also be a secure filing cabinet for government documents as well as a payments service.

But with companies like Amazon Web Services actively driving deflation of online storage and hosting, the chances of turning a buck from storing bills and car registration documents is slim.

At the same time, a rising Australian population is driving up the number of new addresses that legally have to be serviced.

“Our delivery network is expanding by 150,000 new points each year. So, we’re condemned to delivering a dwindling volume to an ever expanding network. The economics of that are clearly unsustainable,” Mr Fahour said.

With that bad news out in the open, Mr Fahour has now clarified, to a degree some of the thinking and realpolitik behind Post’s digital transformation and pursuit of welfare payments, and a big chunk of it is based on the concept of mutual obligation.

With the government still sending millions of letters, which Post is obliged to deliver, the question arises as to what will happen when government itself goes digital, as has occurred to varying degrees overseas – and how the losses or savings will be carried.

Pointing to Denmark, Iceland and Norway, Mr Fahour said Nordic countries had “superfast broadband” and eGovernment adoption rates of around 80 per cent.

Conversely, Australia had electronic interaction rates with government of just 38 per cent, adding that paper mail had still only declined 25 per cent from its peak. He didn’t comment on the broadband.

Noting that both major political parties had “almost the same policy targets for eGovernment” he said that both the Coalition and Labor wanted to have “80 per cent of government communications online by 2017.”

“If that is the case then our letter volumes will literally fall off a cliff,” Mr Fahour said.

The question is who will clean up the mess at the bottom.

3 thoughts on “Death of a Postman: Fahour cheques out Medicare”