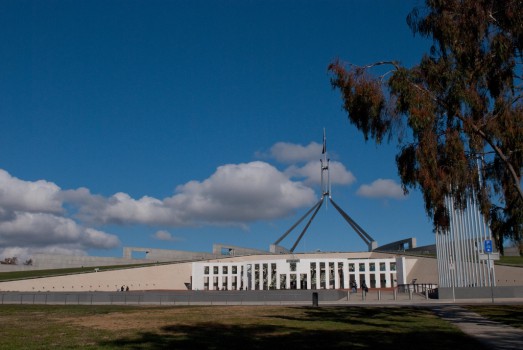 The Community and Public Sector Union (CPSU) is sizing up for a bare-fisted bout with Tony Abbott’s government over the renegotiation of the more than 100 industrial agreements for federal agencies.

Simply put, the sector is digging in for the biggest round of forced retrenchments in 15 years and unlikely to acquiesce to being short changed by ministerial rhetoric and promises that can’t be delivered.

It’s not exactly a new tune either.

The renegotiations of the crucial federal industrial instruments come as morale in the sector hits new depths and frustration mounts over the lack of policy direction and continued application of the previous Labor government’s Budget cuts that are on track to cull at least 14,500 jobs.

The timing of the key public sector negotiations could not be worse; the Coalition government is now preparing the ground for what Treasurer Joe Hockey is selling as the end of the era of entitlement and the beginning of personal responsibility. As any financial planner will tell you, the government helps those who help themselves. So good luck with that when it comes to protecting retirement income.

Some of the novel proposals already floated by key ministers include the combination of frontline services from Australia Post, Medicare and Centrelink.

This brave notion has been bookended by a mooted merger of the service delivery-oriented Department of Human Services with the recently reminted and policy driven Department of Social Services – a concept that could potentially deliver public servants back to a Hawke-era structure that was supposedly jettisoned for a more modernist model under former Prime Minister John Howard.

However the big risk for the Abbott government is sure to come from well-seasoned and prospectively soon-to-be-redundant public servants simply refusing to cede any ground on pre-existing conditions and entitlements as a hedge against their payouts being potentially diminished.

Public servants in their late-forties to mid-fifties – often Gen-Xers or older – ultimately have nothing to gain from bargaining away conditions in the final quarter of their career, particularly when many have already seen their personal investments and retirement capital badly depleted following the global financial crisis.

The most obvious calculation for many prospectively redundant public servants, and their union, is a call on whether to trade away long-held entitlements for a longer, if more uncertain, working future over protecting a payout that could provide much greater long-term financial security.

The CPSU is not about to let rational fears over job security and  erosion of conditions go to waste as a tangible opportunity for the recruitment of new paying members, nor the re-engagement of lapsed believers.

The union has progressively restricted the industrial relations and advocacy content of its website to paid-up members.

That tactic appears aimed at both bolstering membership and restricting the flow of information to a recently elected government that has demonstrated overt hostility to not just unions but public sector productivity in general.

Regardless of where perceived political bias or alleged allegiances may lay, the reality is that most of those being prepared for the chop have served a smorgasbord of diverse, often paradoxical, political interests to easily see through a cheap short sell to read the longer game.

The added fact that the present industrial instrument expires after the Budget at the end of June isn’t really in any government’s favour.

The CPSU puts it this way.

“We are deeply concerned the Government’s lack of transparency and consultation will lead to an unbalanced bargaining policy and delays. By leaving little time for genuine negotiations, the Government has made it more likely that staff will be offered sub-standard, take-it-or-leave-it agreements.”

Don’t be fooled by the monotone drawl of the union’s delivery.

Them’s fightin’ words from the folk that deliver inexperienced ministers from the jaws of Senate Estimates.