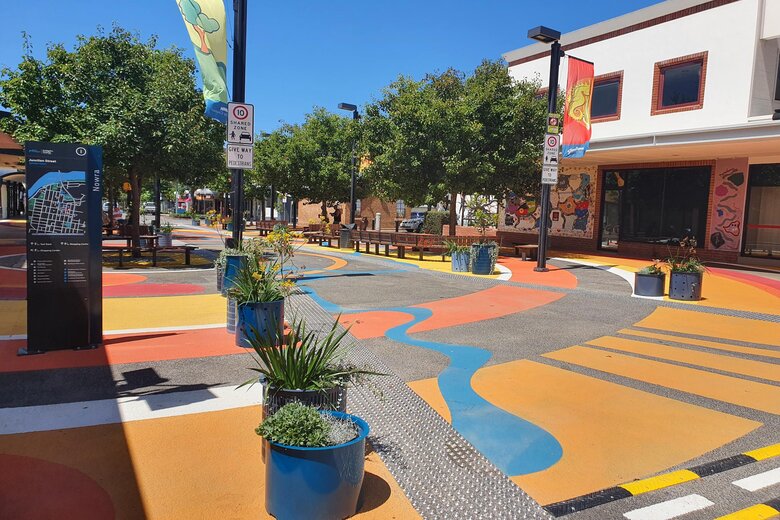 NSW councils are using a boost in state government funding and delegated authority over local roads to reduce traffic, increase safety and make their streets more pedestrian friendly in the wake of Covid-19.

Executive director of Cities, Revitalisation and Place at TfNSW Caroline Butler-Bowden told attendees at the Roads and Traffic Expo in Sydney on Wednesday that local government is taking a lead in opening up public spaces via a range of initiatives including alfresco dining, parklets, pop up cycleways and public art projects.

Ms Butler-Bowden said examples from around the world have shown how cities are becoming more creative when it comes to thinking about sharing road space.

“It’s a global trend,” she told Government News after her presentation. “We started reading about it in March 2020 and seeing what was happening across the world, and we advocated within government for some funding to try more new things here.”

She says $15 million became available under the Streets as Shared Spaces program, established to trial new solutions and gather evidence about what the community wanted .

Councils were also delegated new powers over public roads to support the program.

“The program evaluation for Streets as Shared Spaces showed that councils strongly endorsed the trial approach and said they wouldn’t have been able to do it without state funding,” she said.

“Creative activation is about having events and activations the encourage people to come out, hopefully with family and friends, and spend time in public space. It’s a different way of thinking about public space,” she said.

“Creativity is about getting beyond concrete and curbs when we think about our streets,” she told Government News.

Similar projects are occuring in NSW, she said.

“What we’re trying to do is allow councils to work differently in their streets and think about streets differently.

“Through some of the programs we’re funding with councils in NSW we are seeing councils try these creative street treatments.”

Shoalhaven Council commissioned a street mural in a shared zone in Nowra to make it an attractive public space that people wanted to use.

City of Sydney, meanwhile, has made George Street in the CBD more pedestrian friendly by closing parts of it to traffic, putting up painted bollards, introducing green street treatments and reclaiming 9,000 square metres of additional space.

Some councils, like Ballina Shire, have experimented with self-enforcing environments that create conditions where motorists drive more slowly, without needing to rely on signposted speed limits. This has included the use of crossing points, curb extensions and bicycle parking.

“It will be interesting to see when we’ve evaluated these projects how they’ve contributed to safety, walkability and place identity.”

The Streets as Shared Spaces program is currently on its second round. More information on activating public spaces is available here, here and here.