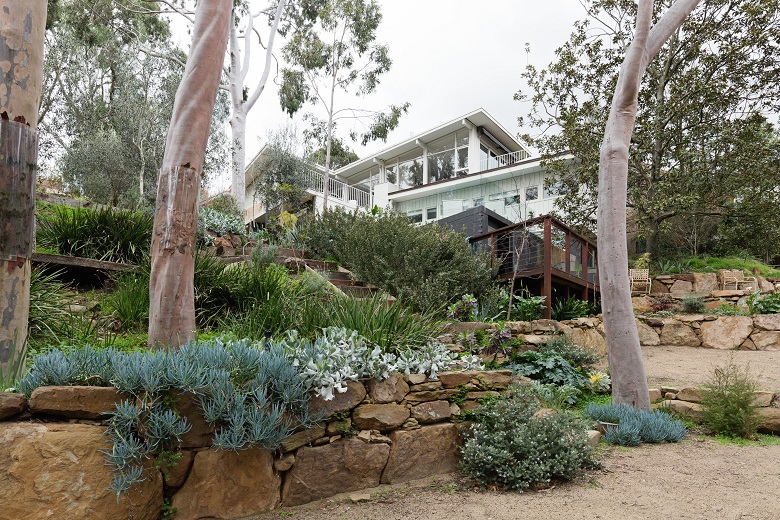 Disputes over trees are a common cause of neighbourhood disputes but an expert says they don't have to end up in court.

From overhanging branches and creeping roots to damaged pipes and fences – tree disputes are one of the most common causes of conflict between neighbours with more than 1,000 complaints making it to court over the last 13 years.

But a tree management expert has cast doubt on the effectiveness of litigation in resolving tree disputes and floated a strategy to help councils mediate thousands of disputes without the need for costly court cases.

Although councils have extensive powers to manage trees and are often the first port-of-calls for neighbour disputes, there is no formal mechanism for councils in the resolution of neighbour tree disputes.

In a masters thesis recently presented at a UTS Institute for Public Policy and Governance forum he argues there should be a formal procedure to help council staff manage tree disputes to minimise the burden on the courts and to help the aggrieved walk away with better outcomes.

Litigation not always the best option for tree disputes

While working in local tree management, Mr Simpson noticed that most tree disputes raised similar issues, prompting him to undertake research into the most frequently raised concerns in tree dispute litigation to help guide a blueprint to help councils take matters into their own hands.

Mr Simpson says there is scope within the law for councils to have a more active role in the mediation process, with the Trees (Disputes Between Neighbours) Act 2006 allowing neighbours to resolve grievances through  neutral evaluation or mediation.

“The first reaction for most councils is to say ‘no it’s not our problem’ but I think because we have a great responsibility in shaping the controls and being the consent authority. We should also take part in helping community when a  dispute does come up,” he told Government News.

While the courts can be an effective avenue for disputes in complex matters or where parties want a formal determination made, litigation is often costly and stressful, he says.

“Litigation is highly stressful and time consuming so there is an opportunity for some of these cases to be resolved with a preliminary assessment.”

With most disputes raising similar concerns, there should be a better avenue to resolve tree disputes, he says.

“Some of the issues can be resolved outside of the court system which is an important finding of the research especially the ones where similar facts and circumstances have been raised.”

While litigants can currently choose to have their issue resolved by a mediator, Mr Simpson says this can be problematic, as mediators aren’t trained to consider the technical or legal aspects of a dispute.

“Parties may walk out of a mediation feeling they have an outcome and then would take outcome to councils because we’re the consent authority for tree works and that outcome may not be in line with best practice or council policies.”

An analysis of tree dispute cases in the land and Environment Court by Mr Simpson found most litigants raised similar issues, with the court frequently dismissing certain arguments.

Litigation quoting one of the first most frequently cited arguments, relating to damage “in the near future,” were dismissed in 64 per cent of the 295 cases, he says.

Litigants quoting another frequently cited arguing, involving pool pump issues as a result of leaves from an overhanging tree, failed every time.

Claims citing a case involving damage caused by birds in a tree, rather than the tree itself, were dismissed in all 85 cases.

This analysis, based on his review of 900 cases raised in the Tree Disputes Act, can give councils a mechanism to resolve these frequently raised issues without court intervention.

“This enables councils to use the results or key findings to give them confidence in their decision-making process because they know they can use the experience of the court in the outcomes,” he said.

This analysis of key court cases helped Mr Simpson to develop a list of criteria that councils can use to mediate tree disputes to stop them ending up in court.

As well as using these criteria to help them resolve tree disputes, Mr Simpson says councils should be trained in mediation, so that there is a consistent approach across local governments in each state.

“That way the community knows the criteria their dispute is being assessed against is the same as everywhere else in the state and that would give them more confidence or reassurance their outcome would be in line with that made in court.”

In interviews undertaken with councils during his research Mr Simpson found some support for the framework, while some voiced concerns over a lack of resources.

Bligh Grant, CEO of the Institute for Public Policy and Governance said the framework could be particularly relevant for councils in areas with dense bushland where tree disputes are particularly vexatious.

“This is a way managers working in local government leverage their knowledge of place and specific knowledge of trees to attempt to avoid court. I think that’s a very good example of local government managers thinking outside of the box in terms of their roles and increasing value of what LG does for those communities,” he said.

One thought on “Councils’ olive leaf for tree disputes”