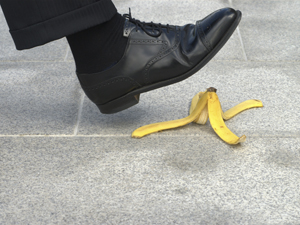 Councils should adopt street by street analysis of their streetscene services to achieve better results, the report said.

The research, published in association with Serco and Kent County Council, argued that there was a close correlation between general satisfaction with an area by its local residents and with the level of satisfaction specifically on street cleanliness issues.

In particular the research found that perceptions of streetscene are highly localised and can vary substantially by individual streets.

Satisfaction levels can be higher when services are delivered on a street by street basis rather than pan-ward or pan-authority.

“Often, the relationship between the quality of local environments and perceptions of places as being good to live in is intuitive,” the report argued.

“However, delivering on ‘people and places’ will require a more strategic understanding of what shapes perceptions and satisfaction," the report said.

The report urged local authorities to give careful consideration to new evidence suggesting that a resident’s perception of their area had widespread implications on other service level activities and underpinned "the communities sense of place".

• Local Authorities should inform residents of the cost of fly-tipping – social, environmental, financial – and use imaginative social marketing techniques alongside tough enforcement measures to influence behaviour.

• Councils should annually reconsider how its local public funding might be better allocated to neighbourhood and community groups for ‘clean, green, safe’ issues through participatory budgeting or community kitties.

• The Audit Commission should reward authorities who demonstrate a deep commitment to establishing new approaches aimed at widening citizen engagement in improving the streetscene. The reward could consist of a prize fund for those councils that used innovative technology and could show that within a set number of years they had
increased satisfaction levels and increased the rapidity of responding to local environment problems.

• Local authorities should consider auditing their entire workforce to understand the potential range of staff and contracted employees who might be able to contribute to a new streetscene oriented working approach.