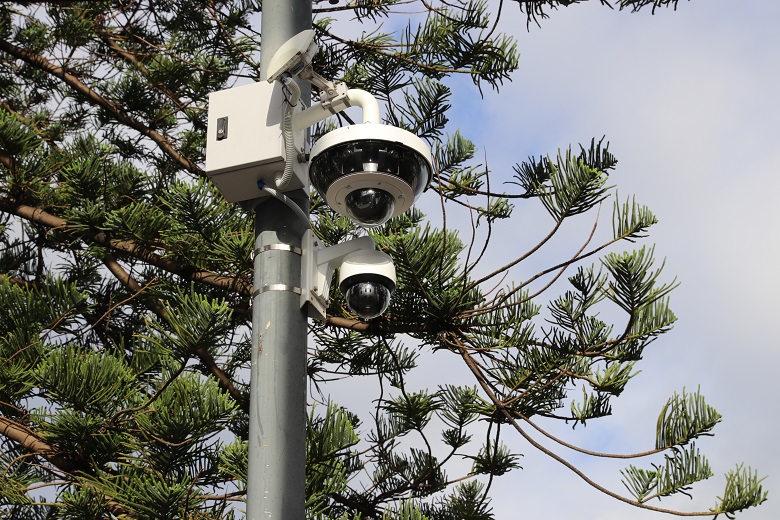 Hooning has been a long-running issue for this southern Sydney council, much to the ire of its residents. But it’s striking back with new technology.

Ben Thompson, Manager Business Transformation for Bayside Council, says hooning is the number one issue for residents in the Brighton-Le-Sands area, who have been putting up with people using public spaces to do burnouts in their cars, race each other and generally create noise and disturb the peace.

But as well as being annoying, hooning can also be dangerous, he says.

“We had an incident the other night and we’re working with police on the footage.

“You can see a family nearly hit (by a vehicle) during a major burnout.”

To address this behaviour, Council has worked with police to install ‘hoon cams’ in several areas as part of an ongoing trial.

The smart cameras use AI to identify certain behaviours and record the license plate and make and model of the car, Mr Thompson says.

“We could look it up if someone reported the license plate but they weren’t sure of the time, and it gives us much more avenues to locate the footage.”

The cameras are also able to detect littering, parking compliance and motorbikes on the footpath.

We’re very conscious of people’s privacy. This is purely for public space

“It gets the evidence of that breach, it sends it through to our parking officers to review and they issue the fine,” Mr Thompson says.

The cameras are installed on residential streets, but Mr Thompson says there are safeguards to avoid privacy issues.

The cameras have an ‘artificial screen’ that prevents them from recording footage of private property.

“A gentleman contacted us because he thought someone had poisoned his tomato plant, but we don’t actually have the capability to look because of those artificial screens onto private property,” Mr Thompson said.

“So, we’re very conscious of people’s privacy. This is purely for public space.”

Since Council’s first trial of the cameras in residential streets, the residents have been “extremely happy” with what they say has been a reduction in hooning, Mr Thompson says.

“They believe it’s reduced (hooning) by at least 60 per cent, that’s anecdotally from the residents,” he says.

“They are very, very happy with the results to date.

“We’ve changed around residents that were very critical of Council, who are now very supportive of Council projects.”

Feedback from police has also been “extremely positive”.

“We’ve already had success in hoons being charged, we’ve had crystal clear evidence of that used to make those charges,” Mr Thompson said.

Council is hoping that these cameras will send a message that hooning is not welcome in its community.

“We’re trying to bring some kind of sense of order and peace for the local residents using this technology,” Mr Thompson said.

Bayside Council has proposed a new working group, led by the state member for Rockdale Steve Kamper, to lobby the state and federal governments to do more to combat hooning.

The group, which will include Bayside Council representatives and residents, will develop an action plan and lobby state and federal governments for change and resourcing.

The next phase of the hoon cams trial will expand to cover the Brighton-Le-Sands Bay Street area, and then Council will undertake an evaluation of the trial and look at further potential rollouts in other areas.

Bayside isn’t the only local council dealing with hoons.

No stopping in hooning hot spots

In Queensland, Logan City Council has installed no-stopping signs in its Loganholme industrial area to stop hooning behaviour by restrict parking between 6pm and 5am.

The new zoning aims to deter hooning by giving police with another means of prosecuting both offenders and onlookers that are illegally stopped in the area.

The signs are part of the City of Logan Hooning Action Plan, which has already seen a reduction in hooning in some industrial estates.

“The installation of no-stopping signs in our industrial areas is about sending a clear message to would-be hoons that they are not welcome,” he said.

“Council has worked closely with local police on the rollout of this initiative, which importantly, aids police in not only moving hoons on but also in taking enforcement against them.”