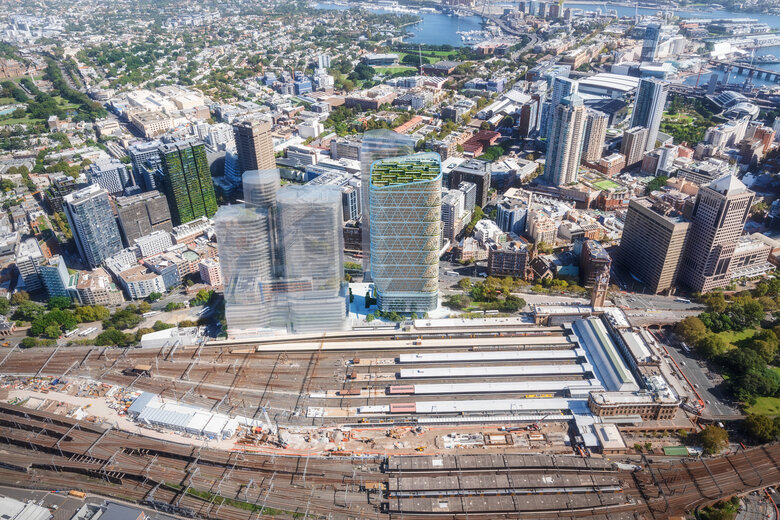 Balarinji is working with Transport for NSW on the Central Precinct project.

The NSW government’s Connecting with Country Draft Framework is being used by government agencies to ensure built environment projects are connected to Aboriginal heritage.

Released at the end of 2020 and announced to the public in March by Government Architect NSW, the framework provides guidance on how to integrate indigenous design approaches from the beginning of a project.

Indigenous design and strategy studio Balarinji was the lead consultant in developing the framework with government and helped co-author the policy.

The government is currently working on a number of projects that will test the framework over the next 12-18 months and inform the next stage.

“It’s the idea of Country being something that underpins thinking on a project rather than simply use of it or starting from a people perspective,” she told Government News.

“It’s actually starting from a Country perspective from ground base up, which is quite a shift… it is about engaging with communities on the earliest part of the project.

“It provides narratives and principles that are drawn from Country in collaboration with local Aboriginal people who are local to that place.”

Ms Moriarty says it is important to include Aboriginal knowledge in the design process because indigenous heritage is part of Australian’s “underpinning foundational story”.

“It’s creating unique places – places that resonate with their history and heritage,” she says.

“The point around indigenous heritage is that it’s less tangible and it’s more story based; so, in our process, we talk a lot about the stories that remain under the concrete.”

“It’s actually starting from a Country perspective from ground base up, which is quite a shift… it is about engaging with communities on the earliest part of the project.”

Balarinji is currently working with Transport for NSW to revitalise Central Precinct, which has Central Station at its centre.

“Transport for NSW engaged Balarinji to develop the Connecting to Country Framework to bring forward into their process the narratives and principles that we’re drawing from Country,” Ms Moriarty said.

Eventually, she would like to engage traffic through the area so that visitors to the space can explore the story in the place.

“The idea of Connecting to Country is really an integration piece between Aboriginal cultural and narratives into the aspirations of the project as a well-connected and welcoming place.

“It’s moving past what used to be sometimes just an approach to ornamentation or decoration or overlaying something.”

Challenges of connecting with country

Ensuring a connection to country can throw up challenges in the design process, Ms Moriarty says.

“It is interpreting aspects that are historical or recorded, but much of it is around building the narratives that the community marketplace wants to tell about that site.”

Another challenge is around community engagement, she says.

“The identification and engagement piece with the community needs to be very specific and quite structured,” Ms Moriarty said.

“(This is) so that it is authentic to place and the people it is being connected with… (and) there’s the challenge of finding who those right people are.”

She believes the framework can help address some of these challenges.

“I think that that structure is helpful in in bringing the design sector, the infrastructure sector, Government Architect and the Aboriginal community together in quite a structured front piece.

“(And) that then can lead into a deeper connection design wise as the project moves on.”