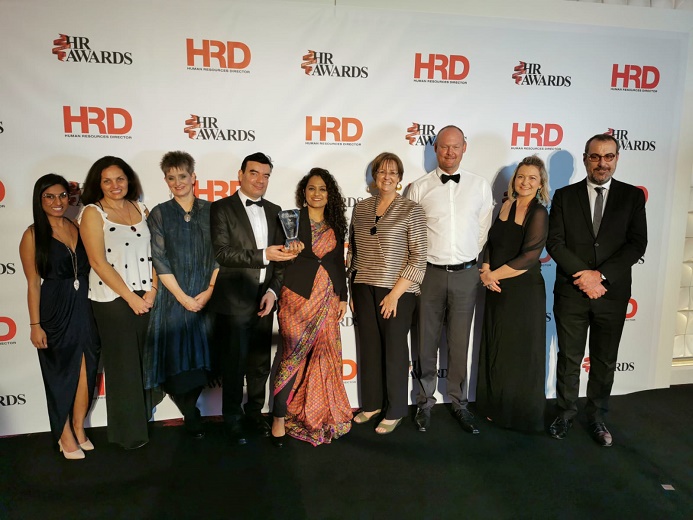 City of Sydney has been recognised as an inclusive workplace at a national HR awards night.

The City of Sydney has been recognised for being an employer of choice for women, winning a national human resources award.

Twenty awards were presented to the most outstanding HR leaders, companies and teams from across Australia at the Star Sydney on September 6.

City of Sydney was the only council to take out an award but City of Canterbury Bankstown was highly commended for HR Team of the Year.

Susan Pettifer, Director of People, Performance & Technology at City of Sydney told Government News Council has made strides in having women in leadership positions and senior roles in traditionally male-dominated fields, including cleaning and waste, the rangers unit and tech.

“I and other women feel as if it’s very normal to be a leader and to fully contribute,” she said. “Some of those subtle signals given to women that they don’t belong in leadership are not in our culture.”

“We’re just super lucky to have a female Lord Mayor Clover Moore, who has been in the City now for four terms, and many other talented women as elected representatives on our Council,” she said. “So, we’ve been demonstrating strong female leadership for many years. We (also) have a female CEO, which is quite unusual in local government.”

However, Ms Pettifer said more still needs to be done for women from culturally diverse backgrounds, who are facing potential gender and cultural barriers.

In particular, the so-called “bamboo ceiling” is still preventing Asian Australian women from getting ahead.

“People talk about this double ceiling, the glass ceiling and the bamboo ceiling,” she said. “You might have to break through both, so we’re going to do a bit more work in that area.”

Last year, the City move to close the wealth gap between men and women by paying superannuation to staff on parental leave for the full 52 weeks.

While there is an income gap between men and women, there is also a wealth gap. By the time women retire, Ms Pettifer said, the wealth gap is quite huge because of the breaks they’ve taken from the workforce throughout their career.

“We think that by paying superannuation on the whole 52 weeks that people are away, including that unpaid portion when they’re not getting a wage, at least they’re not losing super over that period,” she said.

In 2015, the City began monitoring and publicly reporting on gender pay equity, and was the first local government to do so.

Lord Mayor Clover Moore said it was fantastic to see the City being recognised with this award.

“This award recognises our long term commitment to diversity and inclusion as well as our recent achievements in addressing the City’s gender pay gap,” Cr Moore said in a statement.

“Creating a diverse workforce is not just the right thing to do, it helps improve productivity, encourages innovation and supports economic growth.”

The award also recognised The City’s ongoing efforts in building an inclusive workplace for Aboriginal and Torres Strait Islanders, the LGBTIQ community, people with disabilities and refugees.

Recently, the City created a new Indigenous leadership and engagement unit to continue its support of local Aboriginal and Torres Strait Islander communities.

Leadership for women in water

Meanwhile, the Victorian state government has created a new program called ‘Insight: Executive Leadership for Women in Water’ to help elevate women into executive leadership roles in its water organisations.

Minister for Water Lisa Neville believes that while the government’s water corporations and catchment management authorities are better organisations as a result of greater gender diversity at the board level, it is time to extend this to executive roles.

“This is about equipping our water sector with the right people and expertise to do its job for the community and protect Victoria’s water security,” she said in a statement.