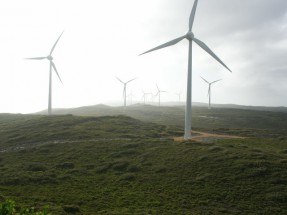 Cash strapped local government across Australia will have access to a $250 million pot of cheap, fixed rate finance to reduce power and fuel bills and carbon emissions thanks to a move by the federal Clean Energy Finance Corporation (CEFC) to accelerate the rollout of clean and efficient energy technologies.

Known as the ‘CEFC Local Government Finance Program’ the offer to councils is designed to provide flexible and competitive fixed-rate, long-term finance to get projects off the ground.

It’s a big deal for sector facing heavily constrained state and federal funding and an increasingly limited ability to independently raise revenue that could otherwise be ploughed into projects that require a significant initial capital outlay but pay themselves off by reducing operating costs over time.

Increases in the called ‘lights-on’ operational running costs for councils – like fuel and electricity – are a major financial headwind because they burn through funds with next to no return on investment or visible improvement to the community.

The CEFC’s Executive Director of Corporate and Project Finance, Paul McCartney, insists there’s a financially compelling case compelling councils to get better control over their energy use and the costs associated with it.

The downward shift in energy consumption and maintenance costs associated with outdoor lighting has been profound since the so-called mainstreaming of LED units that can be retro-fitted to existing poles.

Low energy LED units use a fraction of power older street lamps while lasting for far longer. The sharply reduced time to failure for an LED unit means that savings on maintenance costs can sometimes outpace that of electricity savings.

Some electricity providers and lessors of street lamps initially opposed the introduction of LEDs on the basis that were supposedly not as safe as existing systems. However that resistance has now largely been overcome by councils and transport authorities who are moving away from tactic of using infrastructure standards as a means to lock in electricity revenue

In simple terms, the savings on offer from new lean and clean technologies, including solar battery storage, are now so economically compelling it can be hard to justify not deploying them.

For example sports grounds that were once so costly to illuminate at night that they were a marginal to loss making asset have in some cases become revenue positive.

Waste management (of the physical variety) and cooling for buildings is also a strong focus for the CEFCA because councils usually have a large physical footprint they can exploit to sustainably generate electricity.

“This program will support major investment activities across a range of eligible projects. For example, there are clear benefits to councils from converting street lighting to more efficient LED lighting, as well as installing rooftop solar PV on council-owned buildings,” Mr McCartney said.

“The CEFC has identified energy from waste projects as an area where councils can generate energy by reusing landfill waste. We’ll also be speaking with councils about improving air conditioning, installing smart controls and voltage optimisers to improve the energy efficiency and performance of their buildings.”

There’s also keen interest from councils which run their own waste water treatment to generate electricity from sewage as is increasingly happening in the US.

Getting those sorts of projects up and running can often take more capital and risk appetite than necessarily conservative councils are traditionally prepared to take on, one of the reasons the CEFC is trying to spur them on with cheap money that won’t overload them with regular bank debt.

According to the CEFC, the key elements of its Local Government Finance Program look like this:

•    Finance for eligible projects across renewable energy, energy efficiency and low emissions technologies;
•    Loans of at least $10 million for a single project or package of works;
•    Finance can be drawn over three years;
•    Ability for multiple councils to enter into joint financing agreements for eligible projects;
•    Access to competitive fixed-rate longer-dated senior debt (up to 10 years);
•    A straightforward approval process with simple loan documentation.

Helping to propel the case for investment are heavily subdued interest rates, a point not lost on Mr McCartney.

“In a period of historically low interest rates, now is the time for councils to act to reduce energy costs and lock in the long term benefits of energy efficiency,.” He said.

“The CEFC’s financing solutions can help councils proactively manage these costs, whether through reducing energy consumption in high use areas such as leisure and aquatic centres or accessing fleet financing to enable the council’s conversion to electric vehicles.”