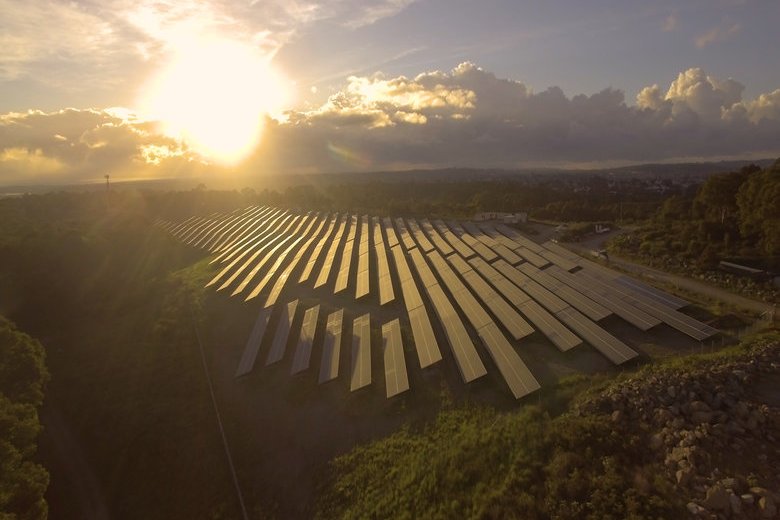 Investing locally in solar and wind power could save the economy from the ravages of Covid while helping the environment, local councils believe.

City of Sydney announced this month that it has gone 100 per cent renewable in a $60 billion green energy deal -the biggest of its kind by an Australian council.

But while it might be the biggest deal, it’s not the only initiative being led by local authorities around the country as councils increasingly move towards a green energy future.

Mayors and climate leaders are not only touting renewable energy as a saviour for the environment, but also a way forward in the recovery from COVID-19.

The Climate Council’s Cities Power Partnership Director David Craven says a report commissioned by WWF found that a renewables-led economic recovery will create almost three times as many jobs as a fossil-fuel-led recovery.

“During the construction phase, there is massive local job creation potential, and further employment opportunities like engineering and finance may arise,” he told Government News.

“Not only will renewables boost local economies across the country, they can also deliver a sustainable and equitable economic recovery that builds resilience.”

Around three-quarters of City of Sydney’s power now comes from the state’s largest wind farm, the 75-turbine, 270MW Sapphire Wind Farm near Inverell. The rest is sourced from the Bomen Solar Farm in Wagga Wagga and the community owned Repower Shoalhaven operation.

The power purchase agreement with retailer Flow Power, which has also inked deals with Adelaide City Council and City of Newcastle, means that renewables now power all City of Sydney-owned properties including pools, libraries, playing fields, depots and council buildings in a move projected to save the City up to half a million dollars a year over the next ten years.

Sydney Lord Mayor Clover Moore says it’s essential for cities, which are responsible for 70 per cent of greenhouse emissions worldwide, to take the lead in the fight against emissions.

They can also take the lead in a green-led coronavirus recover, she told Government News.

“Our post-coronavirus recovery must be a green-led recovery and by investing in green infrastructure and services we are not only reducing our emissions, but saving our ratepayers money and creating more jobs and opportunities in regional NSW,” Cr Moore said.

“For all its horrors and grief, the pandemic has forced us to act urgently to address some challenges that have previously felt insurmountable, and consider long-term solutions to others.

“This is a perfect time to fast-track investment in renewable energy infrastructure. A successful recovery will be green-led, not a return to business as usual.”

He Adelaide counterpart Lord Mayor Sandy Verschoor agreed the investing in renewable energy was inportant as the economy recovered from covid but that was only one part of the picture.

“These initiatives will continue to be of assistance to our community as we recover from COVID-19,” Cr Verschoor told Government News.

City of Melbourne, which continues to battle a recent outbreak of the virus, is also hoping investment in renewables will be a factor in its recovery.

“Renewable energy investments can and should play a significant role in supporting our economic recovery from COVID-19,” he told Government News.

Tango Energy will provide 110 GWh of renewable electricity per year to the purchasing group over 10 years.

The agreement starts next month with most of the wind power produced at the Yaloak South Wind Farm near Ballan. The remaining energy will from other wind farm projects in regional Victoria.

Cr Wood said both projects allowed the buying group to lock in price certainty in a fluctuating energy market.

“This certainty will help participating local businesses and organisations to plan for their longer term recovery from the impacts of the pandemic,” he said.

“From a broader perspective, investment in renewable energy helps create more growth and job opportunities in this sector.”

Newcastle powers ahead on solar

Newcastle City Council is also claiming continuing renewables success, with the announcement that its first solar farm has generated almost twice the revenue it was expected to make annually.

The farm at Summerhill Waste management centre, which began operating last November and sells energy back into the electricity market, generated more than $420,000 between going live in mid Novmember and the end of April, Council says.

“The business case showed the solar farm would save rate payers around $9 million, after costs, over its 25-year lifespan – and so far, it’s on track to do even better,” Newcastle Lord Mayor Nuatali Nelmes said.

Meanwhile, the NSW government has received more than 100 expressions of interest from renewable energy, energy storage and emerging energy project proponents for it first renewable energy zone (REZ) which will be piloted in the Central West and Orana regions.

Regional NSW minister John Barilaro announced last month that had been 113 registrations of interest totalling 27 gigawatts and valued at $38 billion for REZ, one of three REZ’s planned for the central west, new England and south-west to help replace existing power stations as they retire over coming decades.

The central west zone, being overseen by the Energy Corporation of NSW, is expected to unlock up to 3,000 megawats of new generation by mid 2020, enough to supply 1.3 million homes.

Construction of the pilot is expected to begin in 2022.

The Cities Power Partnership is also producing a report that will provide councils with a list of “shovel-ready” initiatives to reduce carbon emissions, stimulate the economy and build community resilience.

The partnership will also host a summit bringing together local government leaders and experts to explore the role councils can play in building a resilient and sustainable economic recovery.

*Update: The NSW government on Friday announced $79  million for the state’s second Renewable Energy Zone in the Armidale region.

The government says the 8,000 MW REZ will attract almost $13 million in investment and support more than 3,000 jobs.

The project marked the biggest commitment to clean energy in the state’s history, Energy Minister Matt Kean said in a statement.