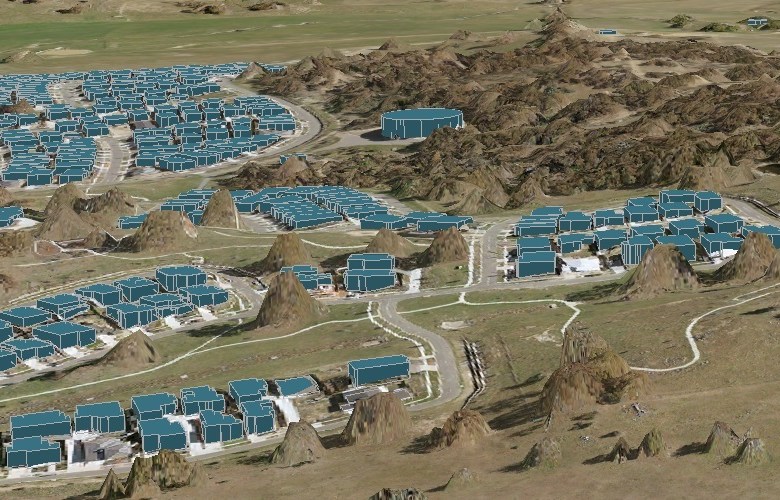 The powerful tool developed by the ACT Emergency Services Agency can assess 16,000 individual properties for bushfire risk in just one hour.

The first-of-its-kind Auto Bushfire Attack Level Tool, which has been developed in partnership with Esri Australia, a location intelligence solutions company, provides detailed assessments at the property level to enable residents to make informed decisions about the risk to their property and families.

Authorities say the tool, which was launched last week, “sets a new benchmark” for bushfire preparedness and could be used could throughout Australia and the world.

Dominic Lane, ACT Emergency Services Agency commissioner, said that with bushfire one of the most significant risks to ACT communities, the agency had been looking for ways to improve public alerts as well as town planning and construction standards.

“To work out where risk is highest would require a manual process of sending our firefighters and surveyors out to inspect homes, but with 20,000 properties in Canberra in that bushfire prone area it would be an impossible logistical undertaking,” Mr Lane told Government News.

The agency turned to LIDAR, a remote sensing method that provides 3D information about the shape and characteristics of a landscape, and combined the emerging technology with its own “bushfire science” and understanding of fire danger ratings.

“We came up with the idea of using this LIDAR technology to measure the distance between the bush and the houses, which is the critical element, as well as a lot of other things, so we could come up with a tool to map to a house-level rather than whole of city level,” Mr Lane said.

The agency engaged with Esri over the past couple of years to build the tool and run it through a range of scenarios to the point it is now a very robust methodology, he said.

Watch a short video about the new tool:

Discussing the potential applications of the tool, Mr Lane said the agency is using it this year to inform its upcoming bushfire awareness campaign.

“Through this product we know where the risk is greatest so we can knock on the doors of those people and take them through, at the individual level, what they can do to reduce the risk to their property,” he said.

“For example, we wish to attempt to increase the construction standards of our properties in those bushfire prone areas so potentially they have a greater chance of surviving a bushfire on extreme days; we can make policy decisions about how we can potentially use this tool to understand the regulatory impact of those sorts of changes,” he said.

The tool could also help map sub divisions in Canberra, which is expanding rapidly, he added.

The ACT government, which has the dual responsibilities of territory and local government, will be keen to work out how best to share the tool with other states and councils around Australia, Mr Lane said.