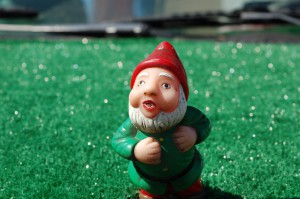 Innovative ideas in designing parks and playgrounds have led Australian councils to join the revolution in improving the accessibility of their community facilities – Paul Hemsley uncovered how in our April/May 2014 magazine.

Urban parks have come a long way since their first uses in providing open woodland for people to stretch their legs. As a vital foundation for recreation, leisure and play in the community, parks are now a hallmark responsibility for local governments, which in turn are charged with making them safer through thoughtful designs that consider the needs of both the abled and the disabled.

For many decades, urban planners have incorporated parks and playgrounds into their design schemes as a way of creating an open space for communities to engage in play and recreation. Ideally, they provide a safe and open facility for adults to rest and relax and for their children to exert their almost limitless energy. Well-designed parks are a swinging success and a prime asset for the many municipalities across the world that have been tasked with managing them. Spick and span parks or playgrounds are regarded as key indicators of robust local economy and a strong social fabric.

Over time, such benefits have increasingly motivated local governments to invest in well maintained parks and making sure there’s always a place for them in their long term management and development plans. Notwithstanding the success change, there are big and real changes coming as councils necessarily approach the renewal and redesign of the playgrounds that now exist within their parks.

As residents and communities become savvier about both their own needs and the ‘special needs’ of their friends and family members, there has been a concerted push for councils to make their playgrounds more “inclusive” or “universal.” It’s a revolutionary twist on how to plan public space, and one which has gained significant popularity among those who have strongly campaigned for facilities that are just as equally accessible to the elderly, the disabled as well as people without disabilities.

From its inception in the 1960s, inclusive design was the idea of designing built environments without barriers and to be usable by everyone, regardless of their age, ability or status in life. That means that people of “all abilities” can participate in the same activities together.

But over time, the idea became more refined by focusing on the concept of free access for disabled people. Rather than being a special case, the importance of the need for inclusion has been amplified by the marked increase in general life expectancy, the survival rates of people suffering from permanent injuries and illnesses as well as those living with a disability from birth.

A well-documented example of an inclusive design playground came into fruition in 2010 when a partnership was formed between Sydney’s City of Ryde and non-profit organisation the Touched by Olivia Foundation. Together they created an inclusive design playground at Yamble Reserve called ‘Livvi’s Place’, which is a concept developed by the Foundation that has previously been applied to other locations across Australia including Five Dock, Campbelltown, Brisbane and Dubbo.

Ultimately, this new inclusive park was created as a three-year project to cater for children with a range of special needs spanning mobility, vision and hearing, as well as spectrum disorders such as autism. To mark this “new way of thinking”, the playground’s features were specifically designed to be as discreet as possible and avoid drawing attention to the fact that it’s an inclusive design facility. Sometimes the best things are left unsaid.

At Livvi’s Place there’s no overt signage to indicate that it’s a park designed with “inclusion” in mind. Touched by Olivia project manager Rebecca Ho says “you wouldn’t know it if you turned up, you would look at it and say ‘this is a normal playground’.” According to Ms Ho, to achieve the kind of playground that council wanted, the designers were tasked with changing their thinking in the planning stages by asking themselves how they would access these facilities if they themselves had a disability.

In posing the question of how a disabled person could actually get there, planners assessed infrastructure to make sure there was enough general parking around and acceptable parking spots sited close to the park’s entry point. The task of getting children with physical or intellectual disabilities in a minivan or coach from the car park to the playground entrance was one challenge that the designers had to bear in mind. This is because autistic children could potentially feel threatened or challenged by the concrete joints of the gutters and footpaths, so the designers had to be mindful about the colours and the use of textures.

The toilets were also a focus of attention because council and the Foundation had to create facilities that allowed parents and carers to lift an adult onto a stainless steel change table. A key motivation for council participation in the project was to create a facility where people of all abilities can go without having to be segregated into separate facilities.

City of Ryde section manager for open space planning and assets, Fiona Morrison says a past problem that councils have had in creating playgrounds is the notion that “we’ll have a certain type of playground for kids who have all abilities and a separate area where kids with special needs can go”.

One of the unique characteristics about the creation of Livvi’s Place in the City of Ryde was how it was co-funded and supported by both the council and the community. As a collaborative effort between the council and other stakeholders, the project received funding and participation from a several sources. Starting as a modest project with an initial budget from council of $500,000, community interest grew and the final spend swelled to an impressive $1.58 million.

On top of that, the project benefited from $110,000 of pro-bono work completed by professional technical and management support services company AECOM. AECOM’s work included providing oversight of the playground design by its landscape architecture, civil, structural, hydraulic and electrical engineering teams.

Ms Ho says the Foundation supported the project financially because “we want to see more happen and we want to have input in the design”. Input was important to the Foundation as Ms Ho reckons that if they just told the council to simply create a playground, “they’d probably stick one of those liberty swings in and say ‘that’s it, it’s done’”.

Subsequently, the Foundation wanted to guide the council in how it envisioned the playground by working through the design process and encouraging it to speak with the community in a more detailed way. Considering the support that the playground received from fundraisers, other tiers of government, and the private sector, a question arises as to whether local governments can fund these sorts of projects themselves.

Ms Morrison believes so, saying that an inclusive playground can be created with the “smallest of budgets”.

“You don’t need $1.6 million to deliver an inclusive playground – you can do it as an everyday playground that just has a few certain things corrected and modified that will make things inclusive,” Ms Morrison says.

She says more people are using the facility now than before, which has created challenges in maintenance to keep up with the demand. This has resulted in “overuse” because it’s so popular, so the council’s maintenance has needed to adapt to that.

“Its success is something that we couldn’t have predicted, it’s absolutely amazing,” Ms Morrison says.

A growing interest in using synthetic surfaces in local sports facilities has led to a need for governments to know what to look out for and get the best bang for their buck.

One of the biggest innovations that’s sweeping playing fields across Australia is the implementation of artificial ground coverage. It’s an important development for local governments charged with the responsibility of managing local sporting grounds because of the potential cost savings in maintenance and the versatility of the materials.

But there’s more to these distinctly man-made surfaces than what meets the eye. One of the major advantages about using these more durable synthetic surfaces is that multiple types of sports can be played on them for longer durations, which couldn’t be done on natural grass.

When the usage of these two types of surfaces is compared, natural turf begins disintegrating at about 20 hours, whereas synthetics can cope for 60 hours. These new trends have led to a recent surge of attention brought to how these materials are used in sporting facilities, which has resulted in new standards being implemented by peak sporting bodies.

Following the release of new standards by Hockey Australia in May 2013, a new ‘One Turf Standard’ is set to be released by the Rugby Union that will allow local government to play Rugby Union, Rugby League, soccer, AFL, cricket and hockey all on the same surface.

The organisation that provides schooling for the sport, fitness and recreation industry, Smart Connection Training has significant input into how local governments can meet these standards, as well as getting the best value for their money.

Smart Connection Training managing director Martin Sheppard says that it’s important that councils have the sport standards in mind when they invest in synthetic facilities. He stresses that councils should shop around for a surface that will be there for ten years or more.