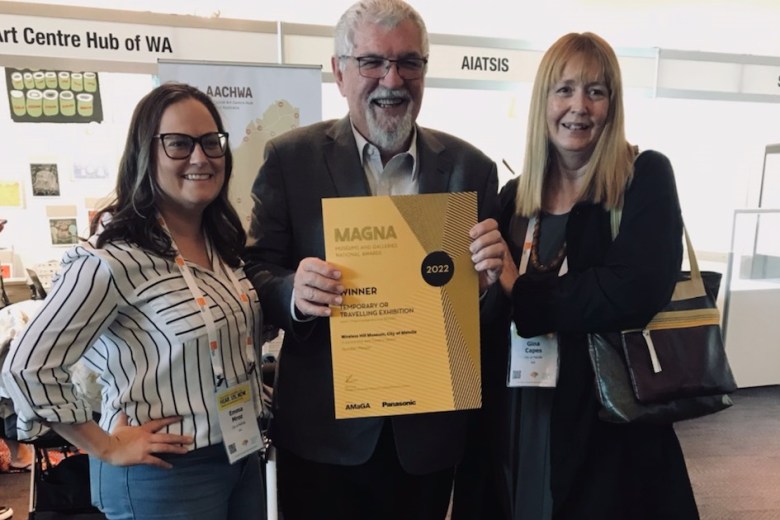 Local councils around Australia have been recognised in this year’s annual awards celebrating the country’s museums and art galleries.

The City of Newcastle took out three awards for its ‘WARWAR: The Art of Torres Strait’ exhibition, winning all three of its shortlisted categories – Learning or Interpretation Initiative, Indigenous Project, and Temporary or Travelling Exhibition.

The exhibition featured more than 130 works of art including pieces that had not been seen previously outside of the Torres Strait.

The judges said in their comments that it is a “landmark exhibition”, proving a “rare opportunity to learn about the Torres Strait in south-eastern Australia”.

“Being led by Torres Strait Islander specialist curators and cultural advisors presented a great curatorial model that other cultural institutions across the regions can be inspired by.

“The inclusion and focus on local, Newcastle-born and residing Torres Strait Islander community was a great decision; providing an important contextual connection between where the gallery itself is situated and the subject matter (which is a considerable geographical distance from Newcastle).

“As the most significant First Nations exhibition project in Newcastle Art Gallery’s 65-year history, WARWAR provided an important opportunity for City of Newcastle to engage with our large Torres Strait Islander community and celebrate their culture in a meaningful way,” she said in a statement.

“By raising the Torres Strait Island flag on City Hall for the first time to celebrate the opening of the exhibition, and leaving it in place permanently to fly alongside the Aboriginal flag, we continue to demonstrate our commitment to and support of our First Nations communities.”

The City of Melville won the Temporary or Travelling Exhibition Award for its Number Please! exhibition, which celebrates 140 years of telephony in Western Australia.

The judges said in their comments that the exhibition “shows a great deal of creativity and resourcefulness for such a modest budget”.

“A good deal of thought has been given to the aesthetics and ensuring that the exhibition can spark nostalgia in its visitors.”

Mayor George Gear said the exhibition is a “fascinating look at the history of telephones in WA”.

“Dating back to the early candlestick telephones and featuring rotary dial Bakelite phones, a timing switch gate replica from an exchange office, Telecom memorabilia and even novelty phones from the 1980s,” he said in a statement.

“Visitors can see old telephones, mobile phones, a concise history of telephony in WA dating back to the late 19th century, and some fascinating stories of people of historical note.

“Less than 100 years ago the household telephone did not exist while now, 90 per cent of the world’s people have access to a mobile phone and they are now an integral part of our society.”

The City of Greater Bendigo and Maitland City Council also took out awards in the category of Temporary or Travelling Exhibition, under the Level 2 division.

Maitland City Council was recognised for its Shadow Boxer exhibition at Maitland Regional Art Gallery, which judges hailed as a “fantastic delivery of a surprising meeting between art and sport.”

Bendigo Art Gallery won the award for its SOUL fury exhibition, “an important exhibition emerging from the gallery’s social responsibility” that featured a “genuine diversity of Muslim women’s experiences”, according to the judges.

Other winners include Australian Museum, which was the overall national winner, for its Unsettled exhibition, an Indigenous-led exhibition about Captain James Cook.

“Understanding our past is the key to creating a better present and a brighter future. This is one of the most important responsibilities cultural institutions have today: encouraging the public to critically reflect on history and how it influences us today,” Director and CEO, Australian Museum, Kim McKay said in a statement.

The Powerhouse won the Research award for its The Invisible Revealed exhibition, which features collaborative investigations initiated through a research partnership between the Powerhouse and the Australian Nuclear Science and Technology Organisation (ANSTO).