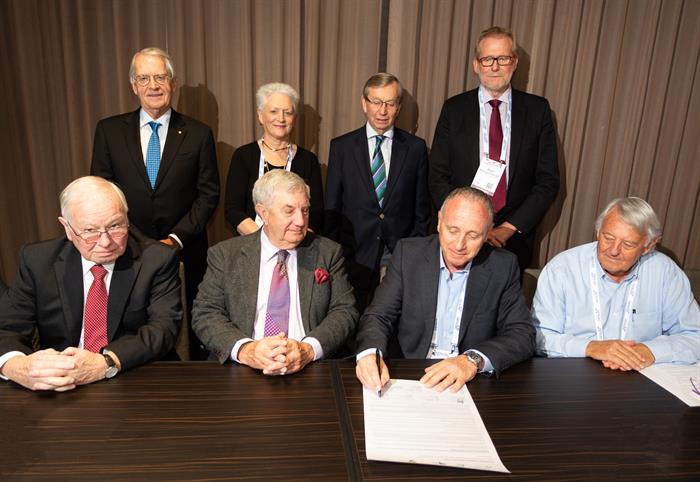 Anti-corruption leaders from around the country have signed a communique calling on public sector leaders to build organisational cultures that are resistant to corruption and to increase protection for whistleblowers.

The Communique, signed by the heads of anti-corruption bodies from every state and territory, says “an organisational culture of integrity that genuinely supports and encourages people to speak up is vitally important in exposing and ultimately preventing public sector corruption” and that addressing the organisational settings where it occurs is the key to fighting it.

It says while much has been achieved in Australia to address the “scourge of corruption”, more still needs to be done.

An organisational culture of integrity that genuinely supports and encourages people to speak up is vitally important in exposing and ultimately preventing public sector corruption … addressing the organisational setting in which corruption occurs is the key to succeeding in the fight against it.

The communique calls on public sector leaders to build an organisational culture where the detection of wrongdoing is seen as an opportunity to build resistance to corruption and to increase whistleblower awareness and protection.

“When a colleague, supervisor, governance officer or senior manager speaks up there is nowhere for corruption to hide,” it says.

“When the community remains vigilant and reports wrongdoing, corruption is unmasked. Together, we can fight public sector corruption.”

A managerial approach to combatting corruption

The communique was released on Wednesday, ahead of the opening the Australian Public Sector Anti Corruption Conference in Melbourne.

In a keynote address to the conference, US government reform expert Robert Klitgaard from the University of California said applying an “economic lense” to corruption, and approaching it from a managerial framework, rather than viewing it as a moral failing, had helped mitigate it in other parts of the world.

Professor Klitgaard told delegates a simple equation can be applied to corruption, which he describes as “a crime of calculation: will it pay or won’t it?”

“We have to change these calculations at the margin,” he said.

“Where there’s monopoly plus discretion minus accountability there’s a tendency for corruption.”

“Anti-corruption is something rather prosaic, similar to many other public and privacy policy questions where we have to try to create rules, incentives and information flows where we try to limit monopoly power, limit or at least clarify discretion and enhance transperancy and accountability.”

Something as simple as e-government could reduce the scope for corruption by enhancing transparency, he said.

For example, in Bolivia’s administrative capital La Paz, tax corruption was eliminated when people were able to deposit tax direct to the bank rather than pay officials.

Lessons could also be learnt from countries like including Singapore, Colombia, Georgia, the Philippines, Rwanda and Qatar, Professor Klitgaard said, which had concentrated on taking small steps to build momentum against corruption, while “frying big fish”.

“We need some big fish to go down publicly, but don’t spend your whole administration frying fish, move to preventative measures, foster collaboration with the private sector and civil society,” he said.

Professor Klitgaard described consciousness raising about corruption as “a myth”, saying those who engaged in it knew very well what they were doing.

“Effective anti-corruption strategies do not need to rely on the daunting task of changing a culture,” he said.

Meanwhile, Gill Calister, Associate dean at the ANZOG School of Government, said the Royal Commission into Institutional Responses to Child Sexual Abuse offered a “shocking example” of systemic corruption and contained lessons that could be used to inform the public sector.

Outlining some of the findings at the conference, Royal Commissioner Jennifer Coate said there were universal themes connecting the organisations where child abuse was worst and was able to occur unchecked, primarily the religious organisations where more than 58 per cent of victims said their abuse took place.

These themes included a lack of accountability; internal and secretive processes; an ‘inhouse’ approach to dealing with complaints; a culture of loyalty and obedience; and a preoccupation with protecting reputation and status.

Victorian Supreme Court Chief Justice Anne Ferguson said corruption didn’t have to be on the scale of Watergate, and it was often the small things that created a culture where corruption could fester.

“It’s not always Watergate, it’s often the small things that can grow a culture where integrity is no longer front of mind,” she said.