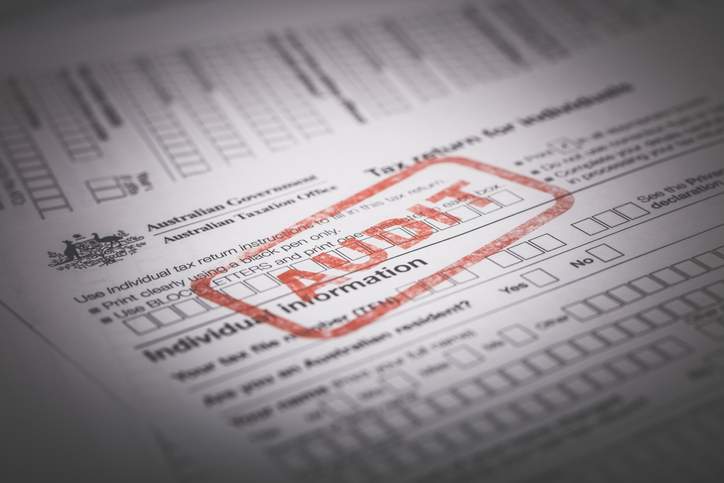 A new audit has flagged concerns about the financial sustainability of Queensland's councils.

Queensland’s councils in the last three years have failed to include almost $793 million worth of assets in public registers, are spending beyond their means and exposing themselves to an unnecessary risk of fraud, an audit has warned.

An audit exposing millions of dollars in ‘found’ assets at Queensland councils has raised concerns about fiscal management at Queensland’s 77 councils.

The report, which canvassed councils’ financial management, revealed that twenty-five councils reported $378.2 million in ‘found’ assets, or assets not included in registers, this year.

Councils are at increasing risk of becoming financially

unsustainable, the report says, with twenty-two of the 77 at “higher risk of being unsustainable, largely due to their remote location”.

The quality of financial reporting was also flawed, with the audit saying it requires “improvement” with 21 councils making significant adjustments to their draft financial statements and 12 correcting material errors from the previous year.

“Councils need to continue their focus on long-term planning and managing the costs of delivering their services to reduce their operating losses as far as possible,” the audit says.

Good governance and financial stewardship are “still not a priority for many councils,” the audit says.

The “inaction” of many councils in addressing high-risk internal weaknesses indicates these controls are  “not valued” by the sector, it says.

The issues were ‘systemic’ across the sector, the audit says, with 62 per cent of the issues raised in prior years still unresolved. 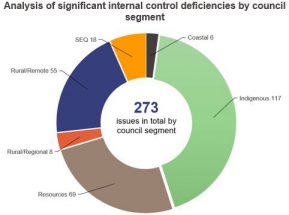 The failure to address these issues exposes councils to a higher risk of fraud and undetected errors, the audit says.

A lack of oversight is contributing to these weaknesses, the audit says, with 38 of 74 controlled entities being wound up since 2013.

Financial statements being prepared by these entities are also rarely being made public, with 46 of the 80 entities making these reports public.

Not every council has an audit committee, the report warns, with 18 without one. Those that have one have “proportionally” stronger internal controls.

The audit did, however, find that councils are getting better at meeting their deadlines for reporting, reducing the time taken by 1.6 weeks  compared to the previous year.

Over the past four years councils have reduced the average time taken by 5.8 weeks.

The audit has made a number of recommendations on how councils can improve their financial management including ensuring asset registers are complete and reviewing monitoring controls.

The Department of Local Government supported the audit’s recommendations.

4 thoughts on “$793m of assets missing from Qld council registers”