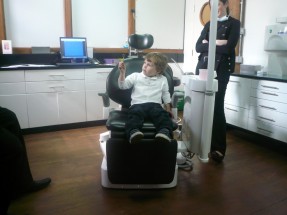 Australia’s dentists have mauled what they fear is a looming shutdown of the Child Dental Benefits Schedule (CDBS), warning the program’s closure “will be the biggest setback for oral health in a generation.”

Peak body the Australian Dental Association has gone on the attack over uncertainty surrounding the scheme’s future funding in the run-up to the May 3rd Federal Budget, cautioning any rollback will come just as the subsidy program is starting to have an impact.

The CDBS is targeted at around 3.4 million children from lower income backgrounds and provides funding for families of $1,000 in dental treatment every two years.

Its core purpose is to get kids whose parents would otherwise struggle to pay a dentist’s bill turning-up to surgeries to get dental problems, especially decay and cavities, treated much earlier and before they develop into major issues that can cost thousands of dollars to fix.

However with the scheme’s take-up initially lower than estimated, there are fears the cash will be snatched back and repurposed, leading to long terms negative consequences.

“Australia is one of the top 10 countries for high levels of per capita consumption of soft drink where a third of Australians drink a can a day and almost half of children (47 per cent) aged between two and 16 years, drink sugar-sweetened beverages each day. This means that if such habits continue, Australians stand to develop a multitude of health problems in the future,” the ADA said in its statement.

“In spite of the increasing trend of government to support public health, the Australian Government is rushing to get some election year Budget savings by planning to end the Child Dental Benefits Schedule.”

One challenge the Child Dental Benefits Schedule has encountered is that although the program is hitting its mark in terms of targeting, take-up remains lower than estimated thanks to a combination of under-marketing and poor awareness of how to access the scheme.

Dentists say they want a voucher system introduced to replace the present standard form letter from Medicare so that people better understand that they’re entitled to free treatment.

While a voucher system is potentially more expensive to devise, deliver and administer than present bulk billing arrangements, many believe it would be worth implementing to maximise take-up.

A real risk for schemes and programs that underspend is that sooner or later Treasury and the government’s bean counters will seek to claw back the cash and put it to work elsewhere—precisely what the ADA is trying to avoid.

It is understood Health a primary concern of Minister Sussan Ley’s office is that uptake of the CDBS has only been around 30 per cent of eligible recipients.

While the Health Minister is certainly talking-up the long term benefits of early dental intervention, any conspicuous commitment to retaining the CDBS appears to have been shoved under the Budget cone of silence.

“The Commonwealth has a responsibility to ensure every dollar it invests in dental services delivers the best health outcomes possible,” a spokesman for Ms Ley said.

“We also know that tackling dental health issues early is vital and can alleviate more significant problems and expense later in life. The Turnbull Government continues to work on its previously announced dental health reforms, with more details expected in coming weeks.”

“It shows the scheme has been providing dental devices to the kids who need it most but the Turnbull government is deliberately hiding this, denying millions of kids the chance to get their teeth fixed.”

One obvious policy option both major parties will be cautiously observing is the rollout of taxes and levies on sugary drinks overseas to combat obesity and diabetes – a far tougher public policy sell in a sugar exporting economy like Australia.

Dentists, who frequently go into bat against sugar marketers, are happy to point out how domestic policy contrasts and link it back to the kids’ dental program.

“While the United Kingdom is protecting oral health by announcing its sugar tax, the Australian Government instead plans to kill the Child Dental Benefits Schedule,” the Dental Association said.

It argues that in the two years the scheme has been operating it’s been hitting the mark.

“In just over the two years of the CDBS’ operation, children from low income families have benefited from provision of more than 9.7 million dental treatments; services which they could not otherwise have been able to access,” the Dental Association said.

“No government can legitimately claim it cares about Australian children’s oral health if it denies them dental care because of the lack of means.”