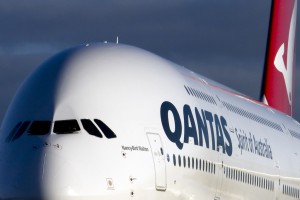 The days of racking up taxpayer subsidised frequent flyer points by paying government bills using a credit card will soon be over in New South Wales, after the Baird government moved to extend surcharges to agencies not already imposing the fees, including  car registrations at Roads and Maritime.

The state’s Finance, Services and Property Minister Dominic Perrottet on Thursday revealed the activation of the NSW Government’s new unified payments platform, a hub that ropes-in the various disparate payments engines that had been operating across government revenue raising agencies.

The up-front sell to the public from Mr Perrottet is that the new facility opens-up access to contemporary online payment methods like PayPal that make it easy for citizens to hand over money directly from their desktops and mobile apps, all while delivering a consistent experience.

It does, but the new platform has also allowed the NSW Government to start passing on the cost of accepting credit cards back to people paying the government for agencies that weren’t already doing so.

“Streamlining the back-end payments infrastructure is an important waste-cutting reform, but it also looks to the future, opening up the possibility of incorporating payment methods like PayPal, Apple Pay, MasterPass, and Visa Checkout,” Mr Perrottet said.

Of course it also lets the state government grab back the cost of credit card acceptance by hitting its ‘customers’ with percentage-based charges that are intended to reflect the cost of acceptance.

Consumers or businesses who regularly use so-called premium and super-premium cards that can more quickly accrue loyalty or airline points won’t be thrilled by the decision; and nor will the big card schemes that have fought long and hard against the imposition of any card surcharges.

“Merchant facility costs on credit card payments, currently met by taxpayers, will now be passed on to customers, in line with other government agencies,” Mr Perrottet said.

The pricing of the credit card clawback provides a window into the kind of clip issuing banks and schemes stand to make off transactions, not least because government surcharges normally most closely reflect the actual cost of accepting a payment in line with Reserve Bank of Australia expectations.

(Of course plenty of enterprising, merchants big and small, often add a little or a lot extra to card surcharges, a very convenient if disingenuous way of boosting profit margins, a practice the RBA has recently started to crack down on.)

Airlines and hotels are widely regarded as the supreme gougers of credit card surcharges, though these days the double-dipping is usually labelled as an administration fee rather than a card charge per se to fly above regulatory turbulance.

Under the NSW Government’s new payments platform, all MasterCard and Visa card payments to agencies will incur a surcharge of 0.44 percent to cover costs imposed by providers of card merchant facilities, while payments made using American Express cards will incur a heftier surcharge of 1.54 percent.

Keep that in mind when you’re forking $8 or more as an extra fee on a domestic flight.

Unsurprisingly, the NSW Treasury has been driving the cost recovery push for a number of years, though exact numbers on savings are pretty well to impossible to extract.

Even so, it’s understood that the savings are sizeable enough for the Treasury and Finance Department to continue the credit card cost recovery crackdown, all in the name of value for taxpayers’ dollars.

One of the most hard-nosed agencies is the Office of State Revenue which appears to have few qualms about limiting payment options to customers to keep costs down.

Mind you, card payments are a two way street. State governments across Australia could soon be looking to save money by encouraging people to use credit cards, especially on public transport.

Transport authorities across Australia are known to be closely watching Transport for London’s initiative that lets people tap their everyday tap-and-go payment cards – or phones enabled with contactless payment chips that use services like Apple Pay – at ticket barriers and on busses as an alternative to using an Oyster Card.

The win for the government there is that if that trend takes off big time, it can make massive savings by scaling back its huge ticketing operation … and just watch the money roll in.

MasterCard has already milked the promotional opportunities of tapping into transit customers, offering its cardholders in London a free day’s travel on TfL late last year if they tapped on using on on of their cards.