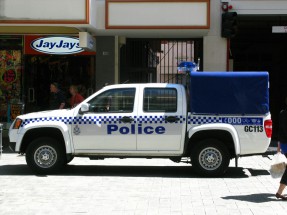 New South Wales and its Independent Commission Against Corruption might hog the limelight when it comes to exposing the questionable dealings of some of state’s politicians, but the august institution could soon some have competition in generating headlines from across the Nullarbor.

After more than a year without a permanent head, the Western Australian government and the state’s Corruption and Crime Commission have finally announced Supreme Court Justice John McKechnie QC will now head the powerful agency tasked with ferreting out graft, kickbacks and abuse of power in law enforcement and the public sector.

The length of time finding a suitable and willing candidate to replace Roger Macknay, QC, who quit on 14 April 2014, has underscored the difficulty of the job which had previously spanned across both major crime and corruption to less serious minor misconduct and governance education functions.

In what appears to be a substantial concession to the CCC and an acknowledgement of the urgency and resources needed to address higher level malfeasance, WA Premier Colin Barnett and his Attorney General Michael Mischin revealed that minor and less serious casework will be run by the Public Sector Commissioner, along with education.

Mr Mischin said Mr McKechnie’s appointment came after “an extensive selection process by a nominating committee presided over by the Chief Justice of the Supreme Court, the Chief Judge of the District Court, and a community representative, and had the bipartisan support of the members of the Parliamentary Joint Standing Committee on the Corruption and Crime Commission.”

The Barnett government is certainly talking-up its new watchdog’s ability and determination to bite crooks.

“Prior to his appointment to the Supreme Court in 1999, Justice McKechnie spent more than eight years as the State’s inaugural Director of Public Prosecutions,” the Mr Barnett said.

“He has developed a formidable reputation in the investigation and prosecution of crime and will bring to the office considerable experience in the management of an independent statutory authority.”

The CCC itself is selling its new head’s focus on cleaning up the state’s police force.

Announcing Mr McKechnie’s appointment the CCC said he took over leadership at a time when the organisation was repositioning itself for a “second decade of operation, with a keen focus on serious misconduct and oversight of the Western Australia Police.”

In February a CCC investigation led to the conviction of two WA cops for illegally planting tracking a device on the car of one of the men’s partners.