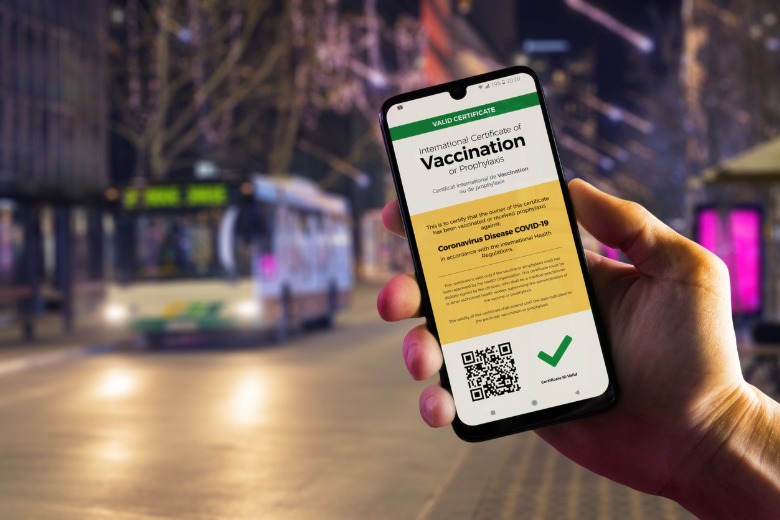 The state government is ready to trial a Service NSW vaccination certificate.

A think tank has warned against rushing forward with proposed vaccine passports without establishing protections and parameters as the NSW government prepares to trial the technology next month.

The Centre for Responsible Technology, an initiative of the Australia Institute, this month published a blueprint for a ‘safe, fair and ethical’ vaccination passport.

The paper says mass vaccination is needed to mitigate the effects of COVID-19 and to help ease restrictions, and vaccination ‘passports’ can be an effective way to track vaccination status.

However, it recommends developing some key principles including built-in privacy mechanisms and limitations on how the data is used.

Once in the Service app, certificates will be able to be scanned on entry into venues to prove a person has been vaccinated in a one-step process.

The pilot will involve 100-600 people and facilities like clubs and aged care centres, and if successful, will be opened up to the rest of the state.

The app will give the state government access to Commonwealth vaccination information.

“We’re getting the information from the federal government… through the Australian Immunisation Register,” Mr Dominello told a media conference on Wednesday.

But director of the Centre for Responsible Technology Peter Lewis says unexpected, catastrophic events like COVID-9 can lead to poorly-thought out solutions that may have unintended consequences.

“When there is a big external event and we turn to technology to solve our problems the risk is that we go down paths we’re not thinking through fully,” he told Government News.

When there is a big external event and we turn to technology to solve our problems the risk is that we go down paths we’re not thinking through fully.

September 11 fundamentally changed the way we regarded online privacy in the name of fighting terrorism, he said.

“Now, in the name of fighting terrorism, we’ve created this business model which is all about tracking user behaviour for commercial ends,” he said.

“So while it’s hard to think all those things through at the start, you can at least establish some parameters.”

One safeguard is ensuring the passports are single-use technology rather than a long-term digital footprint and a new way of tracking citizens for other purposes.

Another key principle is ensuring the data doesn’t become fodder for a secondary market in vaccine data.

“History tells us that in black swan events we use technology in ways that deals with the crisis but it opens doors for developments that we haven’t previously imagined,” Mr Lewis said.

History tells us that in black swan events we use technology in ways that deals with the crisis but it opens doors for developments that we a haven’t previously imagined.

“So we just think that in the rush to reopen that we should be thinking through what guardrails we should put around this technology and also which red lines.”

Mr Dominello said the government is currently in the process of consulting with industry over the design of how the system will work “and we’re pretty much there”.

The Services NSW vaccine certificate will include security features including a hologram and an additional QR code to validate its authenticity.