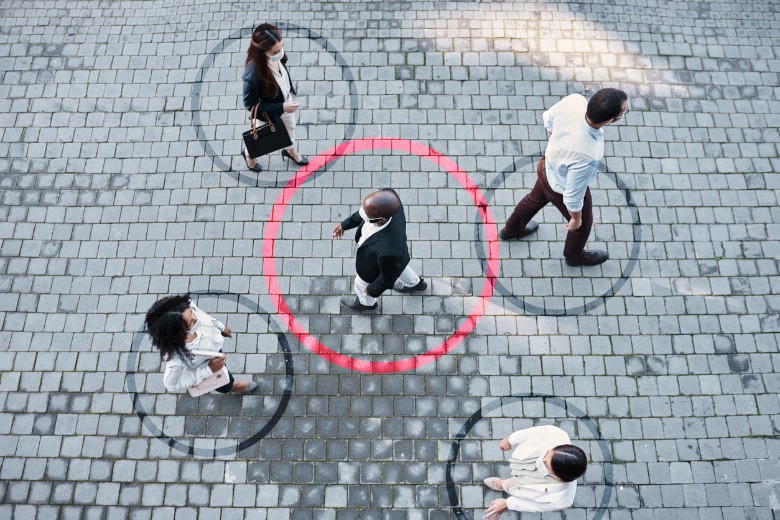 The COVIDSafe app has identified 2,827 potential close contacts and 37,668 potential encounters since it was launched.

There’s only been limited use of the COVIDSafe app, a government report says.

The Report on the operation and effectiveness of COVIDSafe puts this down to low community transmission and effective manual contact tracing, but says the app remains a useful tool to manage the pandemic response.

“The relatively low number of cases of community transmission as a result of successful suppression strategies, in combination with existing contact tracing processes, has meant there has been limited need to use COVIDSafe by public health officials,” the report says.

“With the success of the suppression strategy …. This has meant that the app’s ability to identify unique close contacts has not been called upon to a significant extent.”

Australia became one of the first governments to introduce a digital contact tracing solution to the covid pandemic.

The COVIDSafe app used  a similar approach to Singapore’s TraceTogether app, which relied on Bluetooth technology to look for other devices with the app installed.

More than 7.6 million of Australia’s 25 million people have registered with COVIDSafe, which was developed by the health department and the DTA and launched in April 2020.

Since then it has identified 2,827 potential close contacts and 37,668 potential encounters.

The close contacts include some that would not otherwise have been identified, the report says.

More than 1.65 million ‘digital handshakes’ were uploaded to the data store and 779 people who tested positive uploaded their data to the National COVIDSafe Data Store.

NSW successfully accessed the COVIDSafe data to identify 81 close contacts, including 17 contacts that were not identified by manual contact tracing.

Access to COVIDSafe data revealed a previously unrecognised exposure date from a known venue, resulting in the identification of an additional 544 contacts, of which two had covid.

Victoria integrated use of the app into its contact tracing processes, and has reported that over 1,800 cases said that they have the app.

Queensland and South Australia have not identified additional contacts and other states and territories didn’t need to use the app.

Overall, the report shows there was a drop in data from the app in last six months.

By May 2021, 44 positive COVIDSafe users upload their COVIDSafe data, resulting in more than 202,110 digital handshakes, 1,729 encounters and 248 potential close contacts.

Important addition to the arsenal

The report says a key challenge for the state and territory health officials has been integrating COVIDSafe into existing contact tracing processes, and contact tracing alone seems to be able to do the job when where there’s low community prevalence.

But it says the app remains an important element of the suite of tools available to support manual contact tracing.

“By virtue of its design, the app will assist states and territories going forward in situations should there be large scale community transmission,” the report says.

“The COVIDSafe app has strengthened Australia’s contact tracing response to COVID-19, and it will continue to be an important addition to the suite of tools available to complement existing contact tracing processes going forward.”

Australian Government continues to encourages state and territory health officials to integrate COVIDSafe data in their contact tracing processes together with other tools such as QR code apps.